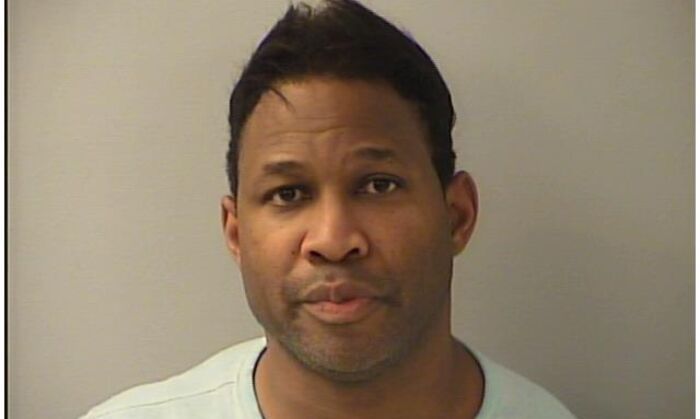 When asked whether he is an African prince, Daryl Robert Harrison, an Ohio-born man who stands accused in an investment scheme told a federal jury: “Yes. It’s been validated.” Harrison said that was by virtue of a 2015 letter from an African king bestowing him with the title, “Prince Daryl Attipoe.”

But authorities say the royal title seems to be “honorary,” as it does not entitle Harrison to ascend to the throne, according to a defense witness who testified via video conference from Ghana, Africa.

Prosecutors also say that the “prince” name was one of several aliases that Harrison used in an elaborate ruse to impress and snare unsuspecting victims into “investing” with him.

Prosecutors allege that Harrison, 44, bilked a dozen investors out of more than $800,000, promising huge rates of return on ventures such as diamond, chrome and gold mining. Such financial transactions require a license, authorities said, noting Harrison admitted being unlicensed.

That’s the crux of a case that a jury began deliberating in U.S. District Court, Dayton, Ohio, on Sept. 15; deliberations were to resume Sept. 16.

‘No One is Above the Law’

Assistant U.S. Attorney Dwight Keller told the jury: “Laws are designed to protect each of us … No one is above the law, be they a king, a queen, a prince, a senator, a prophet.” He urged jurors to hold Harrison accountable for his alleged crimes. Investors’ monies didn’t go toward the intended purposes, Keller said. Rather, the investment dollars funded a lavish lifestyle for Harrison.

Harrison denies that. He testified that he fully intended to make good on his promises to investors, but was unable to do so because “the world shut down” amid the COVID-19 pandemic which put a halt to his African mining operations and business ventures.

Prosecutors said Harrison’s actions show otherwise. A number of the investors gave him money several years prior to the pandemic.

He and his stepfather, Robert Shelly Harrison Jr., registered their businesses to addresses such as mail-drop locations including a UPS store in Montgomery, Ohio. His stepfather will stand trial separately.

Jurors Unaware of Past Case

Keller outlined a chronology dating to 2014. He showed a chart demonstrating one of the most allegedly damning transactions. In 2015, shortly after a woman named Barbara Krieger invested $70,000 with Daryl Harrison, his stepfather purchased a red 2015 Dodge Viper for Daryl Harrison’s use, putting down $21,000 “tied directly to investment deposits” from Krieger, Keller said. “She certainly didn’t give money” so that Daryl Harrison could drive a $100,000 sports car, Keller said.

Krieger and a Kroger cashier who also worked as a bookkeeper, Peggy Braun, each lost hundreds of thousands of dollars to Harrison, Keller said.

Prosecutors pointed out that Harrison shifted among various identities since 2014. That was a year after Harrison pleaded no contest to three felony theft offenses in an investment scam in Hamilton County, Ohio. He was still on probation for those offenses when his alleged pattern of misconduct began in the current case—and when he started using the name, “Prince Daryl Attipoe” and other aliases.

However, the jurors who are deliberating Harrison’s charges are unaware of his previous scam and convictions. U.S. District Judge Michael Newman kept that information out of Harrison’s trial, saying it was unfairly “prejudicial” to Harrison.

“Maybe he is a remarkable prophet,” and foretold the future that he was going to receive that royal appointment, Keller said, noting Harrison acknowledged that he holds himself out as a prophet. A number of followers accompanied him and his family to Colorado in 2019; he was indicted in 2020.

Keller said the evidence proves that Harrison is “nothing less than a serial fraudster—a con man, a cheat, a liar, a deceiver.”

Harrison used various names to sign mostly handwritten contracts that he executed with investors. Harrison testified that he obtained those forms from an office supply store rather than from an attorney or other official source—another factor detracting from the legitimacy of the contracts, prosecutors said.

Ex-Wife Singled Out in Court

Harrison testified that his investors were content until U.S. Secret Service Senior Special Agent James Teuschl poisoned their opinion of him. Teuschl, however, stated that he had no pretrial contact with some of the victims who testified against Harrison; other agents interviewed them.

Harrison also alleged that his ex-wife, Victoria Ellen, was working with Teuschl to stir up trouble and concoct the charges he faces. Harrison pointed Ellen out in court twice as he testified on Sept. 13-14, asserting she has a vendetta against him because they were locked in years-old court battles over custody and adoption issues.

Ellen told The Epoch Times that she was attending the trial in hopes of seeing justice prevail. She began sounding alarms about Harrison after she left him almost 20 years ago; Ellen said she knew he was engaging in nefarious activities, but her concerns fell mostly on deaf ears.

During his closing argument, Harrison’s lawyer, Christopher Deal, warned jurors that prosecutors “are trying to cloud your judgment.”

He noted that money orders are perfectly legal means of conveying funds and that witnesses testified that African business dealings remain mostly cash-based. Therefore, Deal argued, there was nothing suspicious about Harrison’s use of cash and money orders, despite prosecutors’ emphasis on those transactions.

Deal asserted that his client never set out to defraud investors and he has plans to repay the investors now that the mines are operational again. Harrison has been out of action for two years while facing the federal charges.

As for the alleged witness intimidation, Harrison denied telling investors not to talk to Teuschl. Rather, Harrison was telling the investors not to respond to “more drama that my ex-wife is drumming up,” Deal said. He, like his client, pointed to Ellen and said, “She has been present for the entire trial.”

Prosecutors made no reference to Harrison’s ex-wife during their closing arguments. Rather, they stated that, for the defense theory of the case to make sense, all 12 of the investors who testified against Harrison would have had to be lying.

Assistant U.S. Attorney Ryan Saunders used Harrison’s own words against him. When Harrison testified, he lectured Keller: “Just stick to the facts; don’t add to it.”

Saunders said those facts show Harrison behaving in a manner that was not “legit.” Harrison continued filing U.S. tax returns in the Harrison name well after he supposedly changed his surname to “Attipoe.” Those tax returns claimed income amounts far lower than the amounts of money he received from his investors, prosecutors noted.

Saunders also questioned why Harrison reported he owns a California oilfield that is capable of producing 50 million to 80 million barrels of oil, yet he cannot pay back his investors—some of whom asked him to refund their money before the Secret Service began investigating.

Keller, referencing Harrison’s claim that he is a prophet, quoted a Bible verse that he thinks is on-point: “Beware of false prophets, which come to you in sheep’s clothing. But inwardly, they are ravenous wolves.”