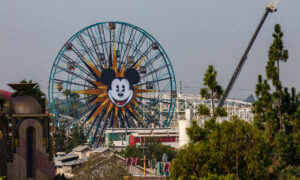 A New York man is being accused of killing his mother, sister, and another woman with a hammer, police said.

Police said Bobby Vanderhall was enraged when he found the door was locked. Then he went into the garage, grabbed a hammer, and then entered the home via the basement.

He’s also accused of bludgeoning another one of his sister’s friends, 29-year-old Candace Murray, but she managed to fight back and leave the home.

NBC 4 News, citing Lt. Stephen Fitzpatrick of the Nassau County Homicide Bureau, reported that the suspect had been kicked out his mother’s house and was homeless.

“The doors were secured and he became enraged,” added Fitzpatrick. “He went to the garage, he obtained a large hammer. … With this hammer, he broke through the basement door.”

Police later found him sleeping in a parked car, which was found about 2 miles from his mother’s home.

A neighbor, Earl Sykes, 38, was driving home at around 1:20 a.m. when he spotted the surviving victim—barefoot and yelling—who then jumped on the hood of his car, People magazine reported. “She was covered in blood,” said the neighbor. “She kept saying, ‘He’s trying to kill us! He’s trying to kill us!’ “

Bobby Vanderhall was arrested previously for a DWI and sexual abuse.

Vanderhall was charged with three counts of second-degree murder and one count of attempted murder, and he was being held in Mineola, New York, as he awaited his arraignment on Sunday.

It’s unclear if he had an attorney.

The father of Janel Simpson, Denis Simpson, told NBC that she went to her friend’s home after working late.

“They had fun. That’s consolation that they lived,” the father told NBC.