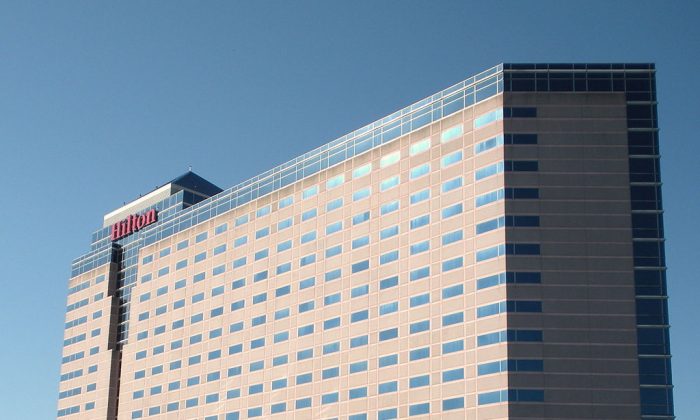 An Atlanta man killed his girlfriend a day after bonding out of jail.

Stephanie Riddle, a 35-year-old mother of five, is reported telling police, “If you don’t arrest him, he is going to kill me,” according to WFMY. She made that statement to police after Jerrell Berger showed up at her house as soon as he got out of jail. He wasn’t supposed to be there, and walked away when police arrived and was not arrested.

The next day he came to Riddle’s job, a Hilton Hotel in Hapeville, a city near Atlanta. He shot her six times on July 7.

His release from jail came after he posted just $200 on a $2,000 bond. He was in jail because he ripped hair from Riddle’s scalp and struck her with a metal vacuum cleaner. Police charged him with a family violence misdemeanor for the incident, according to a press release from the Office of the Fulton County District Attorney. The incident occurred just after Riddle told him that she wanted to break up because of his habit of abusing her physically.

On July 7 Berger walked into an Atlanta Police precinct and confessed to the murder. Police then went to the Hilton Hotel to investigate.

“At first, the officers were unable to establish a crime scene. However, within a few minutes, Hilton Hotel staff entered one of the rooms and discovered a female who had been shot,” said a press release obtained by South Metro Neighbor.

“Ms. Riddle did everything right. She did everything she could to stay alive, but now she is the person dead. These cases continue to happen in our county and will continue to happen until our system carefully evaluates such incidents and substantially changes what we are doing. This is an unspeakable tragedy that should not have ended in this fashion. Ms. Riddle should be alive,” said Fulton County District Attorney, Paul Howard, Jr., via the press release.

In 2012 Berger was arrested for kidnapping, robbing, and assaulting a woman who didn’t want to date him, Atlanta Journal-Constitution reported. He also has other prior convictions.