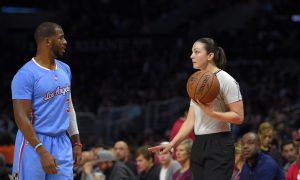 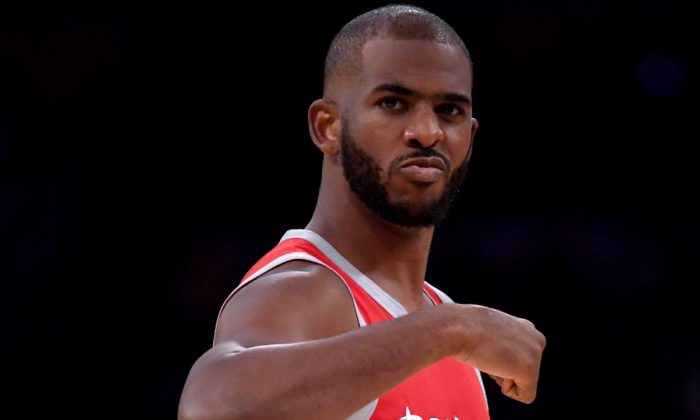 NBA player Chris Paul's grandfather was killed in Nov. 15, 2002. One of his grandfather's killer was found stabbed to death on Aug. 28, 2019. (Harry How/Getty Images)
Crime and Incidents

A man convicted in the 2002 murder of NBA star Chris Paul’s grandfather was found killed in the parking lot of a grocery store in North Carolina on Aug. 28.

According to the Winston-Salem Police Department, Dorrell Queshane Brayboy, 31, was found with stab wounds in the parking lot of the Food Lion at 1499 New Walkertown Road on Wednesday, reported the Winston-Salem Journal.

Police are investigating the matter and the stabber is yet not identified.

Brayboy was 15 when he was convicted of the second-degree murder of the NBA Star’s grandfather on May 20, 2005, and he served in prison for 12.5 years after that. Four other teenagers were convicted on first-degree charges for the murder of 61-year-old Nathaniel Jones.

Jones was gagged, his wrists were bound, and he was beaten to death with pipes in his home on Nov. 15, 2002, according to an ESPN report. He was the grandfather of Chris Paul, who now plays for Oklahoma City Thunder. The elderly man was killed for his wallet.

In an interview with ESPN in 2009, Paul had expressed his thoughts on the fate of the convicted teenagers.

“I wish I could talk to them and tell them, ‘I forgive you. Honestly.’ I hate to know that they’re going to be in jail for such a long time. I hate it,” he said.

The grandfather was lovingly called “PaPa Chili” and he was the first black man in North Carolina to open a service station. Paul had also once worked there.

A day before Jones was killed, he was the first person to put a Demon Deacons hat on Paul, who had just signed with the Wake Forest team.

“Even though I miss my granddad,” Paul told ESPN, “I understand that he’s not coming back. At the time, it made me feel good when I heard they went away for life. But now that I’m older, when I think of all the things I’ve seen in my life? No, I don’t want it. I don’t want it.”

According to the National Council on Aging, one in ten Americans above the age of 60 has experienced some kind of abuse. Around 5 million elders are abused every year.

In 60 percent of elderly abuse cases, the perpetrator comes from within the family.

According to the Bureau of Justice Statistics, the elderly are susceptible to crime motivated by economic gain.

A woman will serve 99 years in prison for the death of her 6-month-old son whose corpse was found in an Alabama motel room freezer last summer.

Amanda Gail Oakes, 36, was sentenced on Aug. 28 after she pleaded guilty to charges including manslaughter and corpse abuse. Oakes also agreed to testify against Carlton James Mathis, the boy’s father. It was determined the boy died from methamphetamine ingestion while in the care of his father. Mathis’s murder trial is set for November.

Referring to Oakes’s sentencing, Houston County District Attorney Pat Jones said, “And, a 99-year sentence is the maximum that would be available and we think that would be appropriate for these cases,” according to WSFA12 News.

WSFA12 News reported that before Oakes pleaded guilty to the murder of her baby, the witnesses had already begun their testimony. On Tuesday, Oakes’s daughter spoke before the jurors.

“It was hard for her daughter to testify against her mother. It was traumatic. I suspect she probably suffers from some PTSD having gone through all this trauma,” said Jones.

While in Oakes’s care, her teenage daughter was exposed to drug use, given marijuana, and was present during the shootout that led Police arresting Oakes in Florida, Jones said.

“There was a big shootout and I believe—if I’m not mistaken—the she received shrapnel in her leg,” said Jones. “It’s a miracle she didn’t die in this whole crazy escapade.”