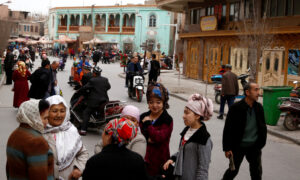 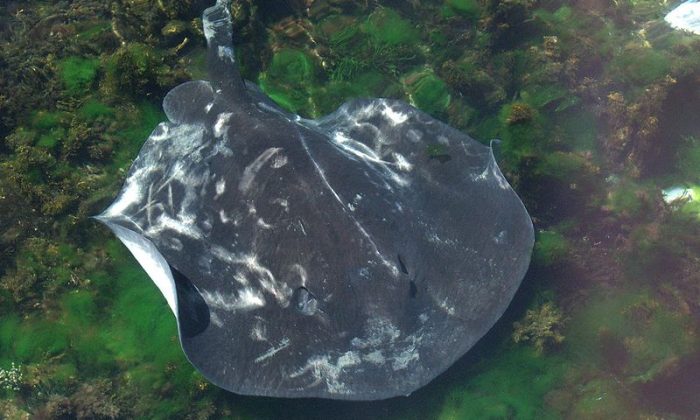 A 42-year-old man died from cardiac arrest on Nov. 17 shortly after an incident at a Tasmanian beach near Hobart where he sustained injuries to his abdomen, most likely caused by a stingray.

The incident happened around 3:00 p.m. at the southeastern end of Roches Beach in Lauderdale—about 13 kilometres east of Hobart.

“He was removed from the water by friends prior to the arrival of emergency services. It was reported he was unaccompanied in the water at the time of sustaining a puncture wound to his lower abdomen,” a police statement of the incident said.

He “had been bathing in the waters a short distance from the shore,” according to the police statement.

The man, whose identity has not been released, died shortly after the injury was inflicted despite paramedics’ efforts to try to resuscitate him.

“Initial indications are that the wound was possibly inflicted by a marine animal although the incident is not shark related,” the police statement said.

“It’s consistent with [a stingray injury] but further investigation and examination of the deceased may be able to give a bit more of a concrete fact on that,” Tasmania Police Senior Constable Brett Bowering told The Mercury.

With low tide and shallow water, Roches Beach is a popular spot amongst swimmers. Community leaders and residents had informed the Sunday Tasmanian that the area was known for its stingrays.

The smooth stingray, the largest of all Australian stingrays, is one common to the area. According to the Australian Museum, the smooth stingray is not aggressive and is frequently seen by divers. However, the stingray also has a venomous sting halfway along its tail, which can inflict injuries that are severe or fatal.

“This species is sometimes observed raising its tail above its back like a scorpion,” the museum website said.

“Last summer there seemed to be an increase in stingray population at the beach,” he said.

“At times I’ve noticed three to four stingrays grouped in shallow waters at Roches Beach. I remember thinking they aren’t something I would want to go near.”

“That’s why they hang around the shallower waters. Ive seen rays in knee deep water,” TK Balrow commented on an ABC post on Facebook.

Nigel McDougall who was walking on the beach on Nov. 17 following the fatal incident, told the Mercury that “stingrays are everywhere here.”

“Stingrays love shallow water. I wouldn’t snorkel at the [southeastern] end of the beach because of the silt and seaweed.”

The beach remained open when the man’s family and friends gathered at the spot where he died on Nov. 18. They asked that their ceremony remain private, and did not wish to comment, the ABC reported. The man’s family has also asked for his name not to be published.

Australian zookeeper, conservationist, and television personality Steve Irwin died at the age of 44 in 2006, when he was killed by a stingray in Queensland.

Irwin was pierced in the heart by a stingray barb while filming underwater. The cameraman who witnessed Irwin’s death said that the stingray had stabbed at Irwin “hundreds of times,” according to AFP.