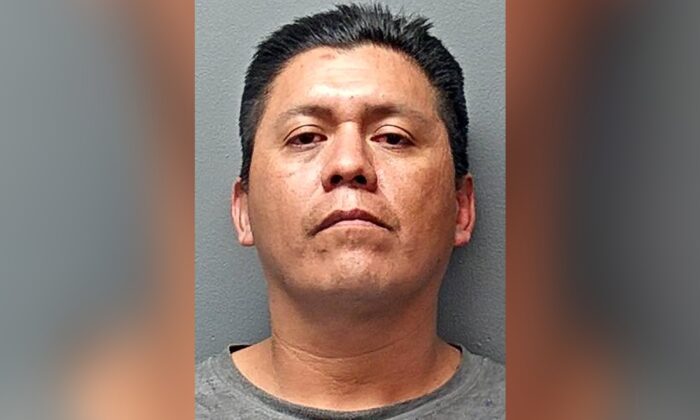 Jason Thornburg in a file photo. (Fort Worth Police Department via AP)
Crime and Incidents

FORT WORTH, Texas—A grand jury in Texas has returned a capital murder indictment against a man authorities have said confessed to killing five people, including three whose dismembered bodies were found in a burning dumpster earlier this year.

Jason Thornburg, 41, was indicted Monday on a charge of capital murder in the deaths of David Lueras, 42, Lauren Phillips, 34, and Maricruz Mathis, 33, the Tarrant County district attorney’s office said. Their bodies were discovered in a burning dumpster in Fort Worth in September.

Thornburg remains jailed on $1 million bond. Jail records do no list an attorney for him.

Surveillance footage of a vehicle at the site of the dumpster led authorities to Thornburg.

During an interview with police, he confessed to killing the three people found in the dumpster as well as his roommate and girlfriend, according to his arrest warrant. He told officers that he had in-depth knowledge of the Bible and believed he was being called to “commit sacrifices,” according to the arrest warrant.

Police have said that when they identified Thornburg as a suspect in the slayings of the three found in the dumpster, they were already familiar with him from a suspicious death investigation earlier in the year.

According to the arrest warrant, Thornburg’s roommate had been killed in a suspicious house fire in May. During the police interview in September, Thornburg told officers he had slit his roommate’s throat, then uncapped a natural gas line, and lit a candle. At the time, the medical examiner had not been able to determine his roommate’s cause of death.

When police asked Thornburg about any other sacrifices, he said he also sacrificed his girlfriend in Arizona, according to the arrest warrant.

Tanya Begay, an American Indian woman from Gallup, New Mexico, has been missing since taking a trip with Thornburg in 2017. When Begay last spoke to her mother, she told her she planned to travel from the Arizona town of Leupp back to her family’s home near Gallup, New Mexico—a drive through the Navajo Nation that should’ve taken a few hours.