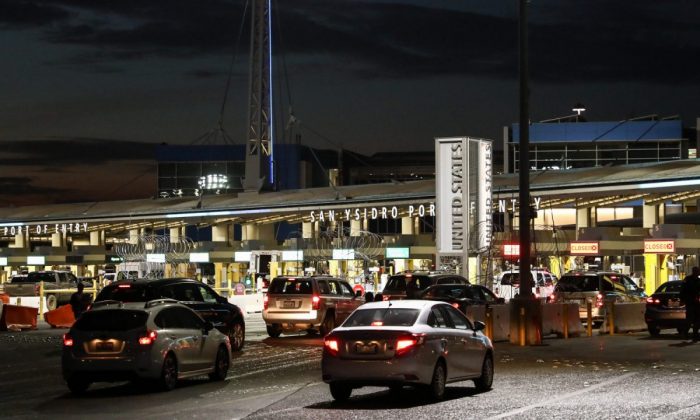 The San Ysidro port of entry at the U.S.-Mexico border is seen from Tijuana, Mexico, on Nov. 16, 2018. (Charlotte Cuthbertson/The Epoch Times)
Southern California

Man in Custody After Trying to Speed Through Mexico Border

SAN DIEGO—A man is in federal custody Dec. 13 after a failed attempt to enter the United States by speeding through the San Ysidro Port of Entry.

The man allegedly tried to drive a vehicle from Mexico through U.S. Customs and Border Protection screening lanes “at a high rate of speed” and rear-ended another car around 9:45 p.m. on Dec. 12, said Lt. Jud Campbell of the San Diego Police Department (SDPD).

As the suspect tried to drive around the vehicle, a Border Patrol officer shot “multiple times” at the vehicle. The driver was not injured, police said.

No other information was released, including the name of the suspect.

The Department of Homeland Security was investigating him for “illegal entry and assault,” according to reports.

SDPD was investigating the incident.