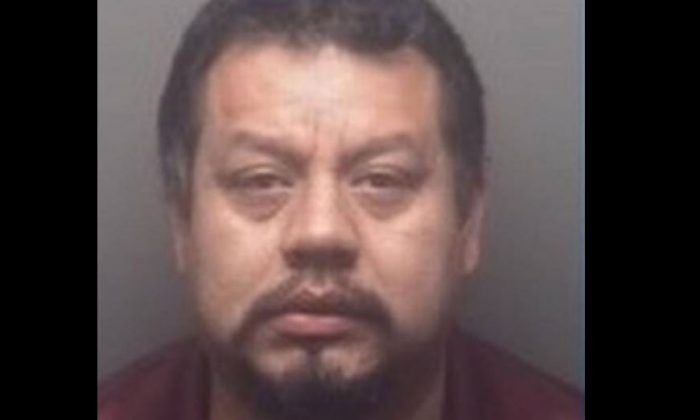 Man Hides Cameras Around Home to Monitor His Stepdaughters, Gets Arrested

A Texas man was arrested this week for installing hidden cameras around his house to monitor his stepdaughters.

Police said 44-year-old Gabriel Batzin claimed the cameras were to keep tabs on babysitters and his wife’s teenaged daughters, who might have been sneaking in boys. He also said he wanted to make sure his wife wasn’t cheating on him.

But affidavits obtained by the Fort Worth Star-Telegram indicate that Batzin’s recordings included times the girls were scantily clad or naked.

He allegedly watched the videos on his cell phone.

Batzin owns a business that installs cameras and security systems.

His wife found the cameras in November while cleaning the home. She was cleaning the bathroom when she noticed a small dot in the ceiling. When she cut it open it revealed a wire. Pulling on the wire, she found a camera.

A similar camera was found in the ceiling of the bathroom in the master bedroom.

She confronted her husband through text. He said he was using the cameras to make sure the girls didn’t have boys over in their rooms. She called the police, reported the Dallas News.

Detectives later found the recordings that contained the naked girls, and more cameras around the house, including one in the daughters’ bathroom and bedroom.

One recording showed Batzin in the bathroom naked, touching his chest as if to test the camera’s angle.

“He said he was aware that by installing these hidden cameras, there would be the possibility of there being videos of the victims using the restrooms, showering and taking their clothes off,” the detective wrote.

Batzin was charged with six counts of improper photography or visual recording.

However, through his lawyer Batzin protested the charges.