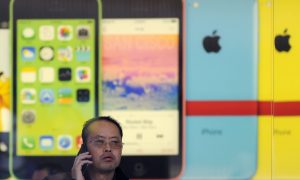 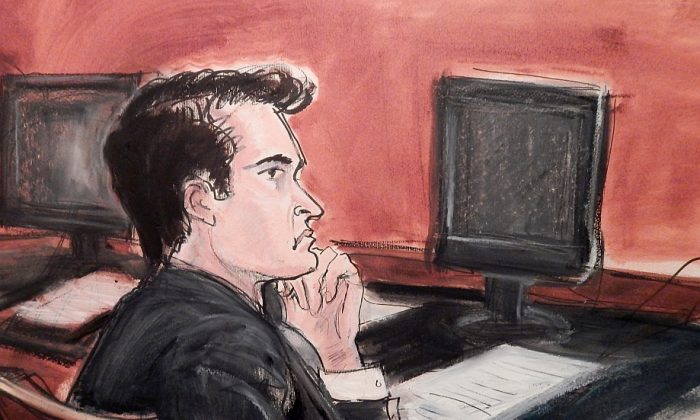 Defendant Ross William Ulbricht, described as the kingpin of an underground online market, listens to proceedings in New York on Jan. 13, in a courtroom drawing. (AP Photo/Elizabeth Wlliams)
US

SEATTLE—A Washington state man was charged Tuesday with helping run what investigators call one of the most sophisticated and widely used criminal marketplaces on the Internet.

The Silk Road 2.0 website allowed anonymous users to buy and sell illegal drugs, weapons and other illicit items. It emerged as a copycat site a month after the man accused of running the original Silk Road site was arrested in October 2013.

Following a yearlong investigation, officials on Saturday arrested Brian Richard Farrell, 26, who told federal agents he was “the right-hand man” to the operator of Silk Road 2.0. Farrell used the moniker “DoctorClu” and was among a small staff of online administrators and forum moderators who helped with the day-to-day operation of the website, according to a complaint filed Tuesday in U.S. District Court in Seattle.

Farrell was charged with one count of conspiracy to distribute cocaine, heroin, and methamphetamine. He was scheduled to appear in court late Tuesday, where he was expected to be appointed a federal public defender, said Emily Langlie, spokeswoman for the U.S. attorney’s office in Seattle.

Both versions of the Silk Road ran on an encrypted network that concealed its operations and locations, according to an affidavit by a U.S. Department of Homeland Security agent. It offered links to various categories of items for sale, including drugs, weapons, fake identification cards, counterfeit merchandise, stolen credit cards, and malicious computer software. Users paid for the goods using bitcoins, or electronic digital currency.

Homeland Security agents tracked Silk Road 2.0 activity to an IP address at Farrell’s Bellevue home in July, according to an affidavit by Special Agent Michael Larson. In the months that followed, agents watched his activities and interviewed a roommate, who said Farrell received UPS, FedEx and postal services packages daily. One package was found to contain 107 Xanax pills, Larson said. That led to a search on Jan. 2 that recovered computers, drug paraphernalia, silver bullion bars worth $3,900, and $35,000 in cash, Larson said.

“The arrest of Mr. Farrell is proof that federal law enforcement continues its efforts to root out those who subvert the Internet to set up black markets for illegal goods,” Acting U.S. Attorney Annette Hayes said in a statement.

Officials said Farrell was a key assistant to Blake Benthall, the San Francisco man who went by “Defcon” and was charged in November with running Silk Road 2.0. Farrell told authorities that he was “Defcon’s right-hand man” and “mainly served as Defcon’s spokesman,” Larson’s affidavit said.

While Farrell was connected with the site, cocaine, heroin, and meth were being sold, leading to the charge of conspiracy to distribute those drugs, Larson said.

Brad Bench, special agent in charge of the Homeland Security Investigations in Seattle, said shutting down hidden websites and bringing their operators to justice is one of his agency’s top priorities.