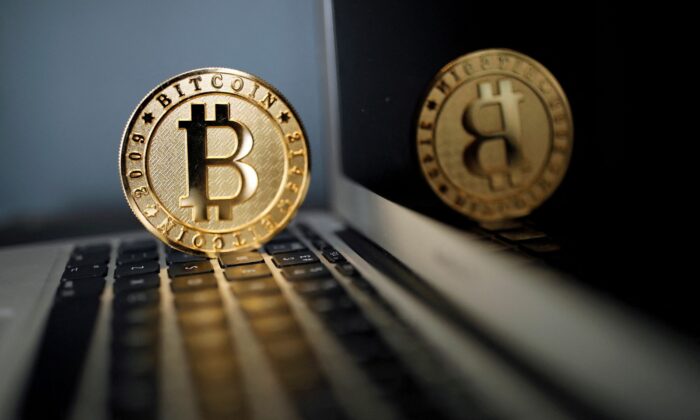 A man who accidentally threw away a hard drive containing 8,000 Bitcoins has hatched an $11 million plan to get them back again with the help of artificial intelligence (AI).

James Howells, from the city of Newport, in southern Wales, unintentionally threw the hard drive containing the Bitcoins in a garbage bin back in 2013, and has been desperately searching for a way to find the disk ever since, Business Insider reports.

The unfortunate incident happened because Howells, 36, got the hard drive mixed up with another blank hard drive, both of which had been placed inside a drawer.

Despite filing multiple requests to search for the hard drive within a huge landfill in the city, Howells has been denied by Newport’s city council, which cited high expenses and potential damage to the environment.

But the Welshman, who is a former IT worker, has not given up hope in his battle with local authorities, and has created a multimillion-dollar plan that involves an AI-powered machine, according to Business Insider, which viewed the $11 million proposal.

The proposal is backed by two venture capitalists, Hanspeter Jaberg and Karl Wendeborn, and would deploy a number of experts and their companies to help excavate up to 110,000 tons of garbage over three years in search of the disk. Howells also has a scaled-down version of the plan that would cost $6 million and take 18 months.

Howells plans to present the proposal to the council in the coming weeks, and he hopes it will finally grant him permission to try and recover the hard drive.

Specifically, Howells’ plan involves a team of eight experts who specialize in various areas that would help in his hunt for the Bitcoin, including AI-powered sorting, landfill excavation, waste management, and data extraction.

One of those experts, for example, previously worked for a company that recovered data from the black box of the Columbia space shuttle crash on Feb. 1, 2003, according to Business Insider.

Those experts are set to receive an unknown amount in the form of a bonus should they successfully find the hard drive.

With the help of these experts, machines would dig up the garbage, which then would be sorted at a temporary facility close to the landfill site and sifted through by humans as well as a robotic sorting machine from a company in Oregon called Max-AI.

According to Max-AI’s official website, its technology is “an artificial intelligence that identifies recyclables and other items for recovery” via deep learning technology, which allows it to employ “both multi-layered neural networks and a vision system to see and identify objects similarly to the way a person does.”

In addition, Howells’ plan includes 24-hour CCTV cameras to stave off any potential hard drive thieves and two robotic “Spot” dogs from Boston Dynamics that would patrol the site at night and capture data via mobile CCTV, while simultaneously searching the area for the hard drive throughout the day.

‘We Do Not Want to Damage the Environment’

According to Boston Dynamics’ website, the robot dogs can easily “cruise over loose gravel, grass, curbs, and stairs,” and their controls can be customized via a software development kit.

After the landfill site has been excavated, Howells said the rubbish would be cleaned and, as much as possible, would be recycled, while the remaining garbage would be reburied.

“We do not want to damage the environment in any way,” he said. “If anything, we want to leave everything in a better condition.”

He also hopes to build either a solar or wind-energy farm on top of the landfill site once he and his team of experts have completed their search for the hard drive, which may not even work after spending almost a decade laying under piles of rubbish.

However, the chance of his million-dollar plan going ahead is currently looking very unlikely, according to Newport city officials.

“There is nothing that Mr. Howells could present to us” that would make the council agree, a council representative told Insider. “His proposals pose significant ecological risk, which we cannot accept and indeed are prevented from considering by the terms of our permit.”

The Epoch Times has contacted the Newport city council for comment.

Meanwhile, venture capitalists Jaberg and Wendeborn have promised to provide the $11 million in funding based on the council’s approval of the plan.

If it does go ahead, though, Howells has promised to keep just 30 percent of the Bitcoins on the disk, should it be found. That represents roughly $54 million, while the rest would go to local charities, and about $61 would go to each of Newport’s 150,000 residents, according to Business Insider.