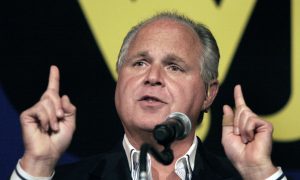 Giant carrots are on display during a Giant Vegetable Competition in Germany. (BERND SETTNIK/AFP/Getty Images)
US

A Minnesota man has grown a 22-pound 4-ounce carrot, possibly the biggest ever.

Chris Qualley’s feat is still pending verification for entry as a Guinness World Record. A 20-pound carrot entered the books in 2014, grown by a UK man. Qualley has only been gardening and growing giant vegetables for three years. It started out as a hobby that became a passion, Kare 11 reported.

“Don’t get me wrong, I dump a lot of fertilizer,” Qualley said on the reasons for his success to Kare 11, “But the weather this summer has been somewhat cool and cloudy — perfect growing conditions for a carrot.”

“I started the carrot indoors in January and had to keep it inside under grow lights until it was warm enough in the spring to take it outside,” added Qualley, via Daily Mail.

Qualley told Daily Mail that the carrot took nine months to grow. It bested his previous carrot growing effort when he grew an 11.7-pound carrot in his first year of gardening.

Beside giant carrots, the 34-year-old father grows giant tomatoes, pumpkins, watermelons, and rutabaga. The carrot isn’t his only success. He says it’s due to soil, seeds, and luck. He also grew a 1,918.5-pound pumpkin that broke the state record.

That pumpkin was no easy feat. Qualley spoke to Kare 11 about the constant effort required.

“In the peak time when I’m growing I usually spend 20 hours in the garden.” said Qualley. “I was up every day at 5:30 watering the pumpkins, then you dry them off and cover them up. You have to be somewhat crazy to do it because there is a lot involved.”

The pumpkin was quite a mesmerizing sight. Qualley spoke about how it often left passersby speechless.

“There are about 15 cars a day that just stop and stare,” he said. “The reactions are awesome. How can you not look at a giant pumpkin and just smile?”

Qualley is currently focusing on continuing to grow a giant 120-pound watermelon and two giant pumpkins that he will enter in his next next local festival appearance. As for the carrot, Qualley is going to refrigerate it so that he can collect its seeds to plant next season.