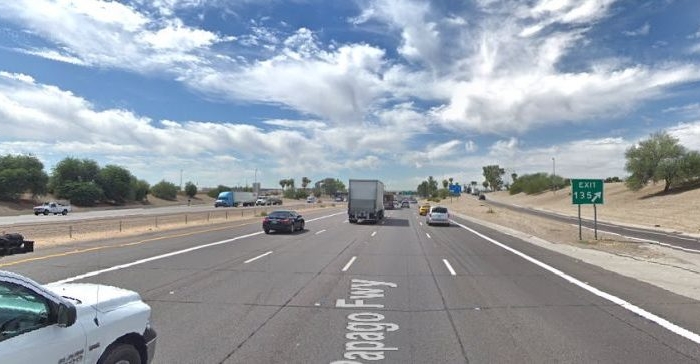 An Arizona man’s account about helping a family whose van had broken down on the side of the road went viral.

David McIntyre, on Facebook, shared a photo of his bleeding hand.

“Took this picture of my hand yesterday,” he wrote in the picture. He added: “As I was zipping down the I-10 freeway I saw a older model minivan stopped on the side of road with a flat and something strongly compelled me…no, was almost yelling at me from inside my chest to stop.”

He added: “As I approached the minivan I noticed it was a family with two small children and the van was completely packed to the roof. The man told me he had been there for awhile and no one had stopped. In a big city like this we usually assume that the person has a cell phone and will call a tow truck or AAA and we don’t bother…this day was different for me. He couldn’t get to his spare tire because of all the stuff and as I pulled my equipment out of my Jeep he explained he had lost his job and was traveling to New Mexico to live with family.”

The man told him that he had no money to spare for McIntyre, but he said that he wasn’t looking for money.

“After getting the tire on I had him follow me to Discount Tire. As the crew worked on his van and replaced his tire I could tell he was very worried how much it was going to cost as he discussed it with his wife,” he wrote, adding that the cut on his hand came from putting on a spare tire.

“He was a very polite man and once again that voice inside me guided me. I asked the manager of Discount tire if I could have a word with him in private,” he said.

“He had me step into his office and I asked if I could pay for the services and the new tire. He looked at me and smiled…’There will be no charge for them today.’ The family didn’t know this as I grabbed my spare and wished them all well. The man and his family was very polite and gracious. So, it only cost me an hour of my time and a little scrape but what I continue to feel in my heart today is worth my weight in gold.”