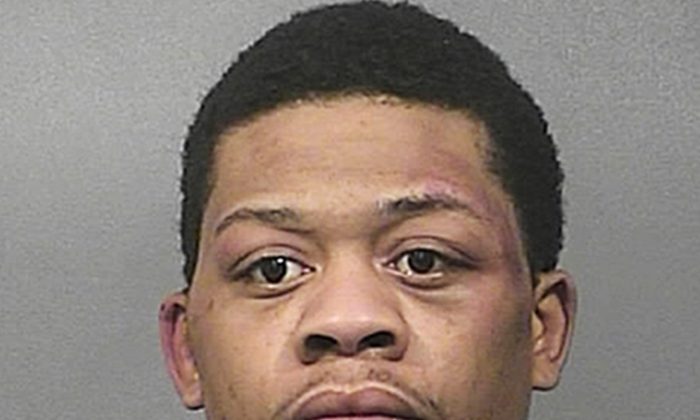 CROWN POINT, Ind.—A judge sentenced a man to life in prison without parole Wednesday for fatally shooting an Indiana police officer sitting in his patrol car.

“Remember how he lived, and honor him, by continuing that life of service,” said the officer’s ex-wife, Dawn Westerfield, a lieutenant with the department.

Before the shooting, Westerfield, who had served 19 years with the department, had been dispatched to investigate reports Blount had been involved in an altercation with an ex-girlfriend. Blount was on probation at the time.

Blount feared he would be arrested on an outstanding warrant from nearby Porter County, Indiana, and “intentionally shot” Westerfield, according to the plea agreement.

Prosecutors in Lake County agreed under the plea deal to not seek the death penalty and to drop other charges against Blount, including theft and battery. The state also agreed not to prosecute Blount in connection with the shooting deaths of 17-year-old Daven James and 23-year-old Derrion Estes on June 26, 2014.

The plea deal said the circumstances of those killings “are a contested issue between parties,” but provided no details about them.

Police found Estes and James dead in an alley. Lake County Prosecutor Bernard Carter said family members of those victims were told about the plea deal.

After the sentencing, James’ father, Ricky James, shouted, “He killed my son, too!” Several law enforcement officers who had lined the walls of the courtroom for the packed hearing hugged the father and offered condolences as he cried near a courthouse exit.