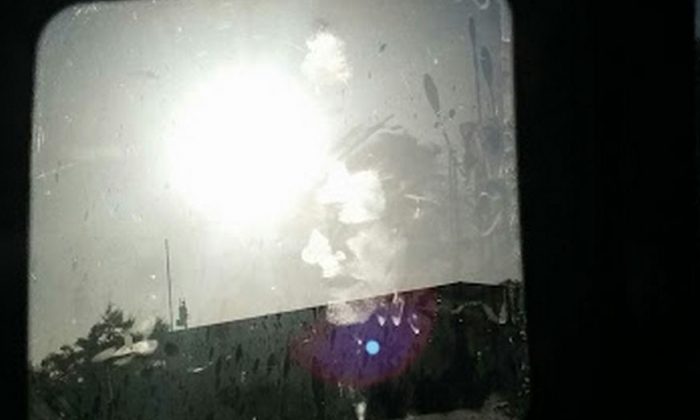 A man who recently lost his home and has been forced to live in his car woke up to a truly terrifying sight.

The Imgur user, calling himself Kangaroosters, said he’s now scared to spend another night in his vehicle.

“I’m not proud of it, but I’ve been forced to live out of my car for now. Today I woke and found this on my rear window. I’ve never felt so vulnerable,” he said.

Upon closer inspection of the smudge on his window, it appears to show that a person was peering inside in the middle of the night.

His image provoked some sympathy, with some other users offering him money or a bed.

Another user advised him to get some kind of curtains.

“Well that is terrifying. Hope things get better for you. For now I would at least use a towel, shirt or something to cover up,” the user said.

But other users questioned whether the picture was real.

“Yeah, I don’t really believe this. If someone was putting the side of their face on the window (since we can clearly see that this is the side of a face), why would half of their mouth and the whole side of their nose also be pressed up against the glass,” said one.