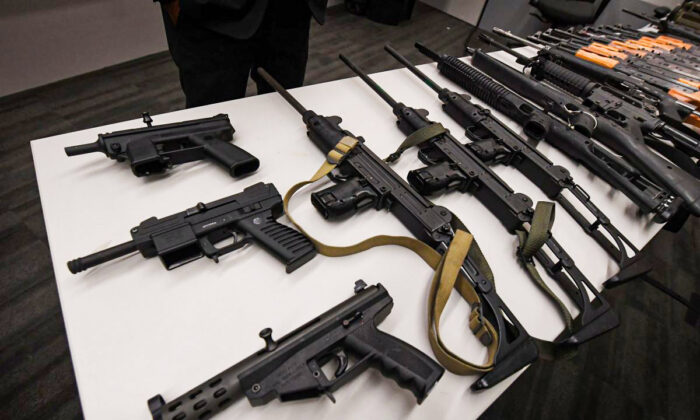 Assault rifles and two rocket propelled grenade launchers on display at a press conference to show the results of an anonymous gun buyback program at police headquarters in Los Angeles on May 19, 2017. (Mark Ralston/AFP/Getty Images)
Southern California

Officers were sent to 82nd and San Pedro streets at about 1:40 a.m., the Los Angeles Police Department (LAPD) reported.

A SWAT team was also sent to the scene and the standoff ensued, police said.

“After an 8hr standoff, our officers & our Crisis Negotiation Team peacefully resolved the incident,” the LAPD later wrote on Twitter. “Suspect in custody & an illegal rifle taken off the streets.”

The suspect’s name was not immediately released.