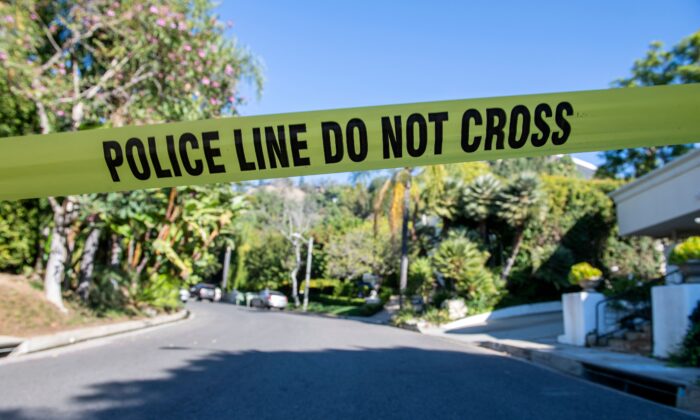 COVINA, Calif.—A man who was among a group of people chasing another man they believed had stolen something from a vehicle in Covina was fatally shot by the suspect, who was still at large Dec. 22.

The wounded man died at the scene of the shooting, which occurred about 11 p.m. Tuesday in the 1800 block of Covina Boulevard, according to the Covina Police Department.

Authorities did not immediately release the man’s name, but relatives identified him to ABC7 as Joey Casias, 38, a father of three and a 19-year United Parcel Service employee. A GoFundMe account established to help the family had raised about $6,400 as of Wednesday afternoon.

Officers were initially sent to the 1100 block of North Charter Drive about 11 p.m. Tuesday on a report of “a suspect who had allegedly committed a theft from a vehicle,” police said in a statement.

“The suspect had been seen by multiple neighbors who followed him as he fled to the area in the 1800 block of East Covina Boulevard,” police said.

“Several of these neighbors confronted the suspect and during the confrontation, the suspect brandished a handgun. The suspect fired the weapon multiple times at the group, striking one. This victim, a male adult resident of Covina, died at the scene.”

Police released security images of the suspect, described as a man in his 20s with a light complexion who was armed with a handgun.

“This suspect is considered armed and dangerous,” police said.