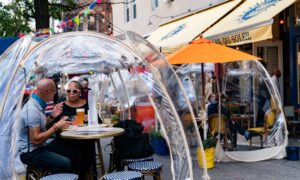 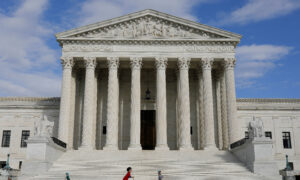 Sen. Mike Lee: Lawmakers Have Themselves to Blame for Judicial Overreach
0
US

Man Falls From Building, Impales Self, but Survives

A 21-year-old man fell from the third story of an apartment building in Chelsea Saturday morning, according to The Associated Press.

Nicholas Blossom from Williamsburg was causing a commotion at around 4 a.m., and the police were called to an apartment complex at 6th Avenue and West 26th Street.

Blossom, who is a drummer for a band called Alaska Alaska, fell from the balcony and impaled his head on a spiked fence. The New York Post reported that medical staff were able to successfully remove the spiked fragment of the fence from his head. He is reported to be out of surgery and able to speak.