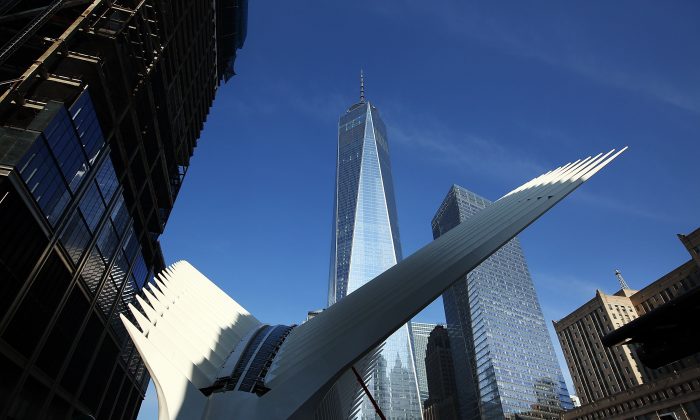 The Oculus, under the One World Trade Center on March 7, 2016 in New York City. (Spencer Platt/Getty Images)
New York

A man was seriously injured in a fall inside the Oculus at the World Trade Center—a transit hub in Lower Manhattan—on Tuesday.

It’s not clear if he fell or intentionally jumped.

Officials received a report about a person falling three stories into the Oculus at around 12 p.m. on Tuesday, NBC New York reported.

The man was not named but officials believe he’s in his 40s. Witnesses told Fox5 that he’s in very bad shape with head trauma and a number of broken bones.

He was taken Bellevue Hospital Center in serious condition, AM New York reported.

Port Authority Police say the incident is currently under investigation.

Several users on Twitter posted photos of the scene.

In February, a 29-year-old woman died after plunging 30 feet from an escalator at Oculus. She was trying to retrieve her sister’s hat when she fell.