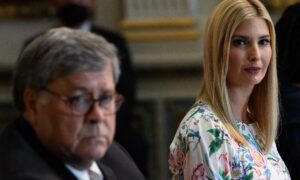 A customer shops for a pistol at a sporting goods store. (Scott Olson/Getty Images)
Crime and Incidents

Man Fakes His Own Murder to Catch Wife Who Hired Hitman

A man faked his own death to prove his wife hired a hitman to kill him.

Ramon Sosa’s ex-wife Maria “Lulu” Sosa hired a hitman to kill him when they were married. She didn’t realize the man she approached about the hit was her husband’s friend. The man who was suppose to help Maria Sosa find a hitman for the job ended up helping police convict Sosa’s wife, according to the Daily Mail.

Ramon Sosa and the man his wife approached, Gustavo, knew each other because Sosa coached Gustavo when he owned a boxing gym. Maria offered Gustavo $2,000 to hire a killer. Instead, Gustavo recorded his conversation with Maria during their second meeting.

“I knew him, because I’d coached him. He’d been in trouble in the past. At first, when he called and said he needed to see me, because someone ‘wanted to kill me,’ I thought he was joking,” said Sosa. “Then we devised a plan, for him to wear a wire and tape her offering money to have me killed, before turning the evidence over to the cops.”

Ramon got the last laugh when his wife plotted to kill him…. I spoke to him exclusively pic.twitter.com/0aZILkdeUj

Local authorities in Texas came up with a plan after hearing the recording. With the support of the FBI, Texas law enforcement applied makeup to Sosa to make it look like he had already been killed. They then drove him to a remote area while he lay in a makeshift grave so they could take photos.

An undercover police officer showed Sosa’s wife the photos in a parking lot to confirm that the murder had been carried out. He claims she laughed when she saw them. She was subsequently arrested.

When Sosa first met his now former wife, he thought he had met the woman of his dreams. He was already divorced with three children. He married Maria, a native of Mexico, in 2010, and was the envy of his friends.

“She would give me manicures, pedicures and foot rubs. She would rub oils onto my back and treat me to massages. It was paradise and my friends were jealous,” said Sosa, via the Daily Mail. “When I first met Lulu, I certainly didn’t expect our relationship to end like that.”

Sosa said everything was smooth sailing until he started running into financial trouble. His business started to stagnate in 2015, and his wife asked for a divorce. But financial limitations kept them in the same house. Lulu tried to solve the situation by killing Ramon.

Maria “Lulu” Sosa pleaded guilty to solicitation of murder last year and was put in jail for 20 years. Because she pleaded guilty, she has no possibility of appeal, according to the Daily Mail. The psychological impact of the situation still lingers with Ramon.

“Lulu was silent in court, but justice has been served.” Sosa said. ‘Still, it would be wrong to say this hadn’t had a lasting impact on me. I’ll never be the same man again.”