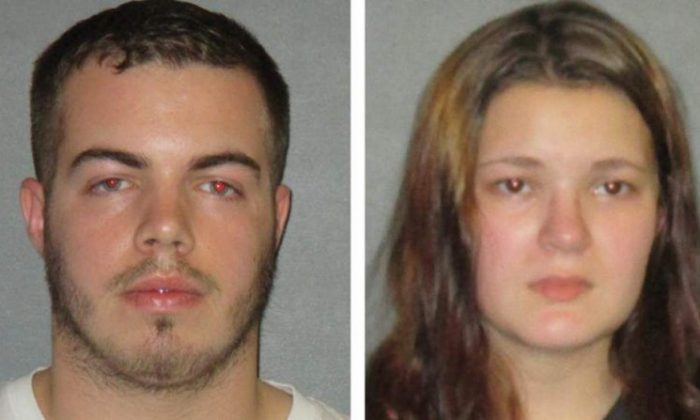 A Louisiana man was found guilty on Thursday, Dec. 14, of killing the man convicted of molesting his girlfriend when she was a child.

Jace Crehan did not testify in his defense at a court hearing on Wednesday, but the jury heard a recording of him telling the police that he strangled and stabbed his girlfriend’s convicted molester Robert Noce Jr. in 2015 saying that the criminal justice system had failed his girlfriend and that he did not want her to suffer any longer.

Thirteen days before being murdered, Noce, 47, was convicted of sexually molesting Brittany Monk and was sentenced to five years of probation, The Advocated reported. Noce was a former boyfriend of Monk’s mom and raised her for about a decade.

In a tape recording played in the courtroom on Wednesday, Crehan told police officers that he is “not sorry” for killing Noce.

“I feel a lot better. It’s not regret,” Crehan added. “Is it remorse? I’m not sorry for what I did.”

Crehan initially lied to police about Monk’s involvement in the murder, but when investigators confronted him by saying his girlfriend’s DNA was found at the scene, Crehan admitted that Monk was in Noce’s trailer at the time of the killing.

Monk, who was pregnant at the time of the murder, pleaded guilty to manslaughter earlier this year and is set to be sentenced next month. She faces up to 40 years in prison.

After admitting that Monk was present during the murder, Crehan again misled police, saying that his girlfriend never touched Noce. But Monk testified in court on Tuesday that she punched Noce 10 to 15 times while Crehan had him in a headlock.

“I was lying about Brittany’s involvement because I don’t want anything to happen to her,” Crehan said in his interrogation, The Advocate reported.

Crehan told officers that his intention was never to kill Noce, but only to instill fear in him. But Noce passed out while being strangled and upon awaking launched at Monk. Crehan then stabbed Noce to death and disposed of his body by stuffing it into a 55-gallon container.

Since being arrested, Crehan revealed in conversations that he was hoping for a similar court outcome as Gary Plauche, the man who did not receive any prison time after fatally shooting his son’s molester in 1984. Plauche received a suspended sentence and five years of probation. He died in 2014.

Plauche’s son, Jody, now 45, attended Crehan’s court hearings. Although he does not advocate taking justice into one’s own hands, Plauche supports Crehan’s family and believes both Crehan and Monks should receive light punishment.

“My father thought Jeff would get off without a life sentence just as Robert Noce did,” Jody Plauche told The Advocated. “There was no justice for Brittany Monk.”

“My dad wasn’t in his right mind, and Jace and Brittany weren’t in their right minds,” Plauche said.

Crehan and Monk’s son Vaan, spent some time in Judge Marabella’s courtroom on Wednesday. Marabella was part of Plauche’s defense team before he became a judge.