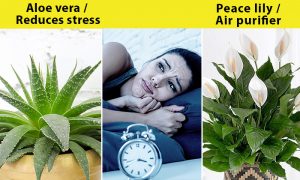 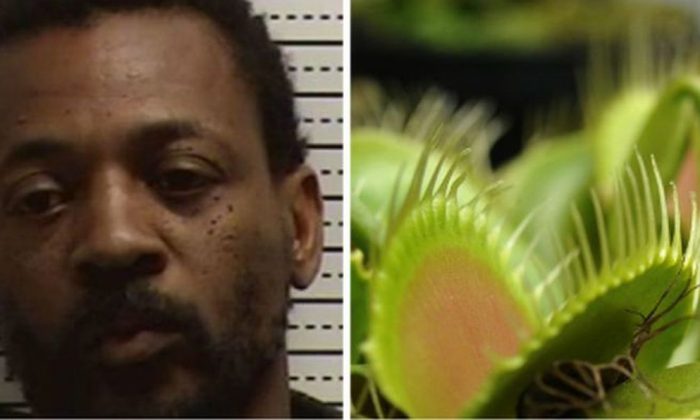 Archie Lee Williams, 41, is accused of poaching the vulnerable plant species in southeastern North Carolina, the only place on earth where they grow.

Williams was booked on $750,000 bond and faces 73 felony counts of taking a Venus flytrap, WECT-TV reported.

The vulnerable plant species is only found here in southeastern North Carolina.

J.D. White, an official with the North Carolina Wildlife Commission, said his arrest came after a month-long investigation.

White placed motion-activated game cameras to catch the poaching in action. White received a photo of Williams making his way across the game land, and White left a seminar to intercept him.

White, along with another officer, stopped Williams, who admitted to digging up Venus flytraps before selling them to an unidentified man in Brunswick County, North Carolina.

In 2014, poaching Venus flytraps became a Class H felony in North Carolina. The law makes it punishable by up to 25 months in prison and does not restrict how much offenders can be fined.

The man then resold the rare plants.

Officials said Williams had about 216 Venus flytraps in his bag as well as digging tools. The man said he poached the plants once per week, rotating between several areas, according to the report.

“This is an ongoing thing,” White told the news outlet. “It’s almost impossible to catch them without the help of the public … and just dumb luck.”

The carnivorous plants grow in a 70-mile radius near Wilmington, North Carolina, which is the only place on earth where they grow wild.

The U.S. Fish and Wildlife Service said it is reviewing a petition to include the Venus flytrap on its endangered species list.

Venus flytraps and lightning may have a chemical "bond"—of sorts:

North Carolina’s law stipulates that poaching is punishable by up to 25 months in prison, according to Star News Online.

“Venus flytraps are a carnivorous plant,” added Helms. “They do eat insects and it’s basically a supplement to their diet. They still do photosynthesize and can still get energy from the sun and make plants and sugars.”

Helms said that while some people like to keep wild pets, others enjoy tending to wild plants.

He added that there is an underground market for the flytraps.

“No where else in the world do you find this plant growing in the wild except that 70-mile radius of Wilmington, North Carolina,” added Helms. “While you can still buy them legally, I believe there is still a poaching trade … a black market trade.”

“A lot of our visitors and hikers serve as our extra eyes and ears for helping to protect this plant because it is truly an amazing plant for southeastern North Carolina,” said Helms. “It is unfortunate that even with the tight rules that the legislation has passed to make this a felony that it is still happening.”

A video was made of a Venus flytrap eating a wasp, generating millions of views on YouTube.

“This summer I have produced many videos about wasps and hornets in my garden. I noticed that my Venus fly traps sometimes caught wasps. I really wanted to capture that in the movie, preferably in slow motion,” said the uploader.

“But I have to target a certain leaf and wait for this to catch a wasp. This can take a long time, probably I would wait today because the wasps are always caught by other leaves. So I came up with the idea of using small rugs to use honey as a bait and quickly I had produced the desired shots. The prey of the fly traps is not killed when catching, but digested very slowly over the next few hours. Therefore, it was not a problem, the wasps after the recordings just to free and fly safely.”