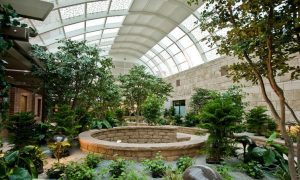 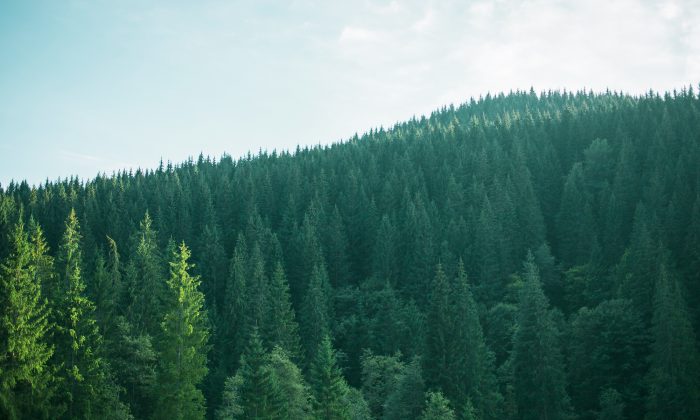 A stock photo of a forest (Shutterstock)
Trending

A 100-year-old Belgian chateau looks abandoned from the outside but inside, it tells a much different story.

Ransom Riggs, the writer, uploaded the footage of the inside of the mansion years ago before he wrote his novel, “Miss Peregrine’s Home for Peculiar Children,” which later turned into a movie.

“There’s a certain indefinable look that old houses in Europe have that’s difficult to find in America, especially on the West Coast, where I live. More than that, finding a house that looked right but was also abandoned — and still relatively untouched, in terms of graffiti / squatters / junkies (which ruled out Detroit, for instance) — would be almost impossible,” he wrote for Mentalfloss.

When exploring, he noted that some abandoned buildings were essentially time capsules.

“Most places had an obvious way in: a missing door, a second floor window around the back that could be shimmied into via a nearby tree. Others weren’t so easy, or worse yet were plastered with gates and VERBOTEN! signs that would’ve made being found inside indefensible,” he wrote.

Inside the chateau, “most of the windows and doors were boarded, but there were a few entry points. Back home I had stared at photos of the house, wondering what was inside, imagining a kind of dark museum of deep-piled carpets and rotting furniture. But no — the place was an absolute ruin. Staircases had collapsed. Furniture gone. The only light shone through holes in the roof. The floor felt soft underfoot, as if it might give way and send me tumbling into the basement,” Riggs wrote.

Eventually, Riggs’ viral photos and videos turned into a book and later a movie, “Miss Peregrine’s Home for Peculiar Children,” which used scenery from around the chateau. The $110 million film debuted in 2016 and grossed $296 million around the world.

Photographer Toby Batchelor discovered an old cottage in Hertfordshire, U.K., and what’s inside is a portal into another world.

Called the Crooked Cottage, the owners abandoned it, and it’s remained untouched for a decade, MailOnline reported.

It was lived in by a “spinster and her father” until his death in 1971, the Mail reported. The woman then lived there for about 30 years.

Leftover items such as an old bicycle, an old oven, and family portraits remain.

“What we see is someone’s life story, left to rot in this old, run-down cottage,” Batchelor said. “There were lots of trinkets, family photos, furniture and items left behind which tell a story.”

“The house is undisturbed, with clothes hanging out of old drawers, pickled fruit jars on kitchen surfaces and records waiting to be played on the vinyl player,” as the Mail described it

The house’s moniker comes from the fact that its foundations have eroded.

“The building itself was so tiny, like something out of a film,” he said. “It had only one upstairs room and the whole building had began to be reclaimed by the elements. Locations like these don’t come up regularly and this one was kept secret for a long time.”