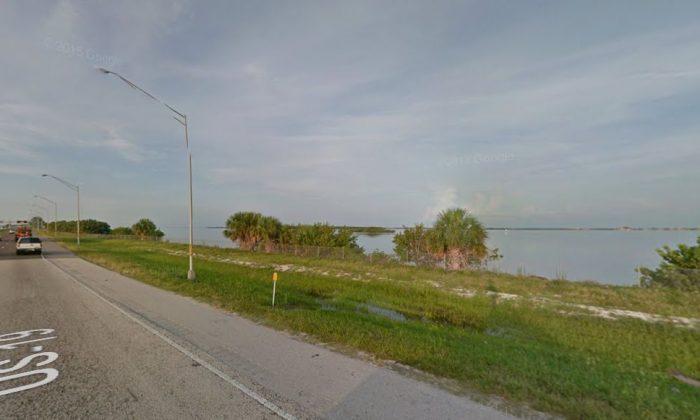 Rescue crews have removed a car that plunged into a river, but they confirmed that the driver has died, according to local media reports.

The car was a red Mercedes, officials told Bay News 9, and photos and video footage show crews pulling the mangled vehicle from the water. Meanwhile, Fox 13 confirmed that the driver died in the incident. His identity was not revealed.

The car drove off the Sunshine Skyway Bridge in Manatee County on Wednesday afternoon.

The Brandenton Herald reported that the red convertible was speeding down the Skyway fishing pier before it crashed into the barrier and went into Tampa Bay. A 911 call from a witness said the car crashed at 2:08 p.m. ET.

“At this time we do we have a car,” FHP trooper Kenn Watson told the paper. “We can confirm one fatality.”

Paul Robicheau, 61, was fishing at the pier when he saw a well-groomed man driving up in the car. He described the driver as being “GQ clean,” referring to the fashion magazine.

He said the man got out of the vehicle to smoke a cigarette. “He walked over to the wall. Didn’t pay no attention,” Robicheau said.

He said the driver then got back in his car and drove back to near the fishing pier gate and turned the vehicle around. The man then got up to speeds of nearly 100 mph before smashing into the pier wall, Robicheau said.

“Next thing you know, I’m standing here fishing,” he said. “I heard the scream of that engine.”

Bennie Sanders, 73, who was also there to fish, said it looked like a suicide.

“I would process what happened as a suicide,” Sanders told the paper.

UPDATE: Adult male from Eustis, who drove off the Skyway Fishing pier, is deceased. https://t.co/nUXMZYxwax pic.twitter.com/ke8Y7bo2Hv

“An absolute meant-to-kill-himself suicide,” he added, and his wife nodded her head in agreement.

The North River Fire Rescue, the US Coast Guard, paramedics and the Manatee County Sheriff’s Office are currently responding to the scene, Bay News 9 also reported.