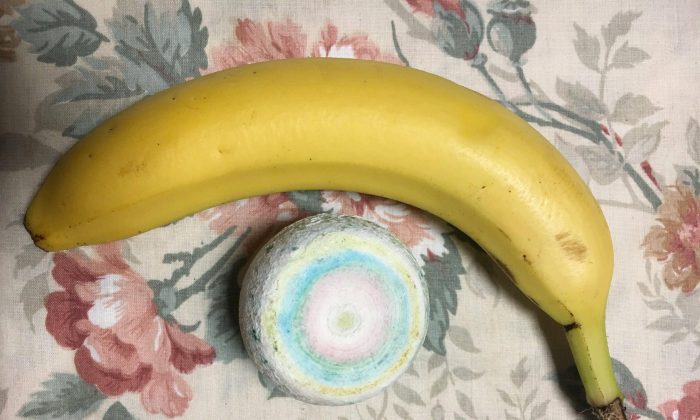 A Redditor’s grandmother has an ornament, a “decorative rock,” isn’t what it seems.

As reported by The Mirror, The image was uploaded to Reddit and Imgur, with uploader “Vocivus” saying, “I don’t have the heart to tell her.”


It turns out that the multi-colored “rock” is actually an old jawbreaker that has been dried out.

The grandmother had the item on her table for the past 8 years, the Redditor added.

The Imgur picture has gone viral, generating 56,000 views in a day.

Even though it went viral, “she still has it,” the Redditor said in the comments section.

When asked about it, the jawbreaker is “either mine or my sisters. That’s how we know it’s super old,” Vocivus added.

Another commenter said that it looks like a “bath bomb.”