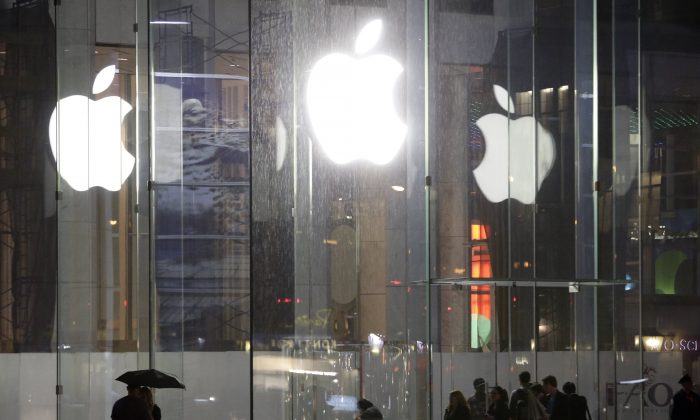 A man discovered a 30-year-old Apple IIe computer inside his parents’ attic that was still apparently in working order.

John Pfaff, a professor in New York, posted images from the old Apple computer on Feb. 17 on Twitter.

“An Apple IIe. Sat in my parents’ attic for years. Decades,” he wrote. “And it works.”

An Apple IIe. Sat in my parents’ attic for years. Decades.

Put in an old game disk. Asks if I want to restore a saved game.

The Apple IIe was the third Apple II model and was released in 1983, and all models of the computer were discontinued in 1993.

Pfaff also resorted a saved game from the 1978 game Adventureland.

This game… never got past the first level despite HOURS of (pre-internet cheating) trying.

The music, tho. That classic Apple IIe music. pic.twitter.com/ebeXNzoCs2

“What shall I do next,” says the prompt on the screen.

“This is tricky, because three decades later I can’t quite remember where I left off this round of Adventureland,” Pfaff said.

My kids thought things were insanely retro when my wife and I played NES Super Mario on the oldest’s Switch.

Tomorrow morning their definition of retro is going to shift significantly. pic.twitter.com/cwpMyvCoYw

Pfaff also said he found saved copies of his high school assignments as well as a note from his father.

“Just found this letter my dad typed to me in 1986, when I was 11 and at summer camp,” he wrote. “My dad passed away almost exactly a year ago. It’s amazing to come across something so ‘ordinary’ from him.”

Pfaff, 44, showed off the ancient computer his children, and they were stunned to learn it’s a computer.

I REALLY WONDER what my theory abt the daily newspaper comics Spider-Man was.

My dad passed away almost exactly a year ago. It’s amazing to come across something so “ordinary” from him. pic.twitter.com/Aog3MiSnXN

They also asked him about the floppy drives.

“My younger twins just kept laughing at how silly it seemed to them,” he tweeted.

Ok, my kids won’t care why I didn’t go to bed when they wake up at dawn tomorrow (well, today).

I’m so happy that this thread seems to have brought back so many good memories for so many ppl. That’s not how my TL usually is, and it’s been a fantastic chance of pace.

According to the Apple Museum website, the “Apple II was designed on the original Apple I but was much more expandable, easier to use, and complete overall.”

It credits Steve Wozniak as the prime innovator behind the computer.

“It is unarguably the greatest work done by a single person in the computer industry,” the website says.

The computer featured a MOS Technology 6502 processor running at 1.023 MHz, 4kb to 64kb of RAM, and a six-color display.