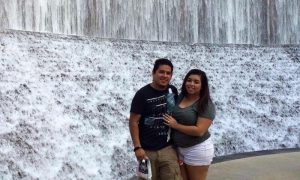 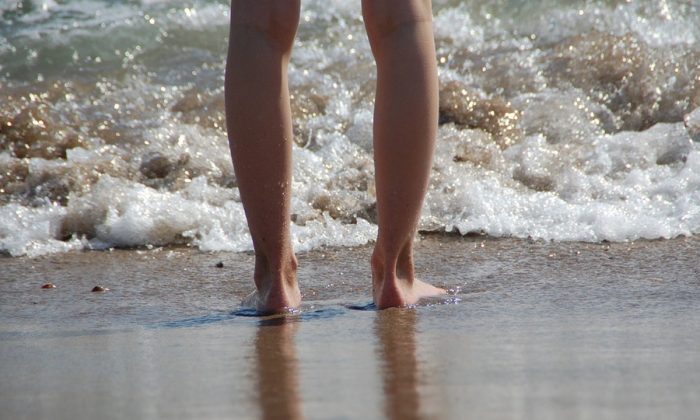 Stock image of a man by the sea side. (Aquilatin/Pixabay)
US News

A man in Texas dipped his toes in the ocean near Waters Edge Park by downtown Corpus Christi, not realizing that it would lead to severe infection and multiple life-saving surgeries.

Adam Perez, 42, contracted vibriosis, a disease caused by the flesh-eating bacteria called Vibrio, after dipping his toes in the sea last week. Soon after, his right foot and leg began to swell, reported My San Antonio.

According to the Centers for Disease Control and Prevention, Vibriosis bacteria reside in specific coastal waters and are present in high concentrations between May and October when water temperatures are warmer.

People can contract vibriosis by eating raw or uncooked shellfish, particularly oysters, said the CDC. People can also contract it if they expose an open wound to sea or brackish water, as in Perez’s case.

Perez told My San Antonio that doctors prescribed him antibiotics but his infection continued even after several days, leading to a giant blister on his foot.

The ordeal continued and he had to undergo four life-saving surgeries that resulted in the removal of most of his flesh on the right leg.

“I’m never going to be the same anymore,” Perez told My San Antonio. “I know I’m not going to walk normal.”

Perez is currently waiting for a plastic surgeon to cover his exposed leg with skin grafts. He was a homeless man before he caught vibriosis and will have to return to the streets after he recovers.

The CDC said 80 percent of vibriosis cases happen between May and October when the seawater is warmer.

Most people with the infection can recover within three days, however, those with “Vibrio vulnificus infection can get seriously ill and need intensive care or limb amputation.”

“People with compromised immune systems, especially those with chronic liver disease, are more likely to get vibriosis. Eating raw seafood, particularly oysters, and exposing open wounds to saltwater or brackish water can increase a person’s chance for getting vibriosis,” said the CDC on its website.

Man Dies Of Flesh-Eating Bacteria From Eating Raw Oysters: Safety Reminders To Avoid Vibrio Infections From Oysters – https://t.co/t0Oql9bKmc
What are some food safety tips to remember when preparing and eating oysters in order to avoid infections? Contrary to a common myth… pic.twitter.com/dbzkWeLHtr

Another vibriosis case happened last year in South Korea. A man had his left forearm amputated after developing a fever and terrible pain hours after eating raw fish.

The patient had a history of type 2 diabetes, renal disease, and hypertension, according to the New England Journal of Medicine. He developed blue blisters on his hand and it spread.

“A 71-year-old man presented to the emergency department with a 2-day history of fever and excruciating pain in his left hand that had developed 12 hours after eating raw seafood,” the journal said.

Doctors identified the infection as vibrio vulnificus, a type of flesh-eating bacteria. “At the time of presentation, hemorrhagic bullae measuring 3.5 (1.3 inches) by 4.5 cm (1.7 inches) had developed on the palm of his left hand,” said the journal in an abstract of the study.

Vibriosis causes an estimated 80,000 illnesses as well as 100 deaths in the United States annually, the U.S. Centers for Disease Control and Prevention (CDC) says, according to Fox News.

His elbow suddenly started swelling, and doctors didn’t know why.

He went in for surgery, and doctors discovered dangerous bacteria https://t.co/O7vbw3Fnwv