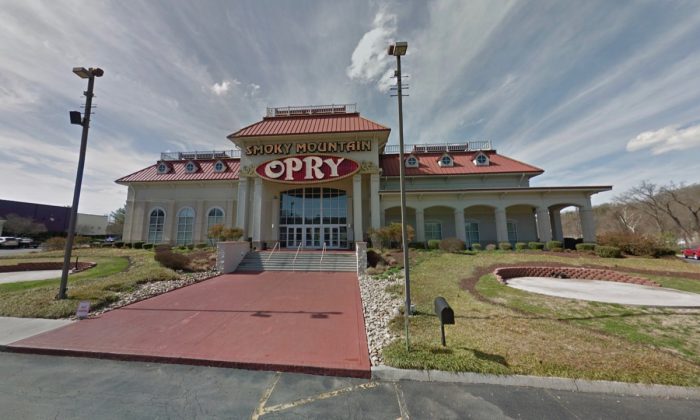 An employee at a theater died after inhaling poisonous gas from a special effect used during a performance.

Josh Ellis was one of three people hospitalized with carbon dioxide gas poisoning after a special effects machine filled an employee-only area with the gas, WATE 6 reported.

“During this gas release, one of our employees was found unconscious. Two of his fellow technicians, in a heroic effort to solve the problem quickly, went to his rescue. They were also overcome by CO2 gas,” said Smoky Mountain Opry owner and CEO David Fee, via WATE 6.

“In the show we use CO2 for a special effect,” said General Manager Michael Helda, via an earlier report by WATE 6. “Down in this room there is a CO2 valve and the valve is only typically left on for a very very small time. Unfortunately, for reasons that we don’t know at this time, it was left on for an extended period of time.”

According to a statement released by Fee via the Smoky Mountain Opry Facebook page, the tragedy occurred during the second show of the theater’s opening weekend.

“As a guest at the show Saturday night I was very impressed with the calmness in which the theater was evacuated….,” wrote Facebook user Kelly Bishop Lescarini, commenting on the statement. “The cast members were visibly shaken, but very kind & thorough with their assistance in the evacuation process.”

The 38-year-old Ellis was put into a medically induced coma after the accident, but later died, WATE 6 reported.

“We are all heartbroken by the tragic loss of our friend and co-worker, Josh Ellis. Our thoughts, prayers and deepest sympathies go out to his family, friends and fellow employees during this difficult time. The professional and personal relationships we had with Josh have been a source of enrichment and enjoyment to all of us. He was a wonderful employee and we shall miss him greatly. For all of us, this is devastating news. We ask for your prayers and support during this time,” wrote Fee, in a statement obtained by WATE 6.

The theater is canceling one of their show runs until March 16 while the family mourns. Another show offering will resume on March 9.