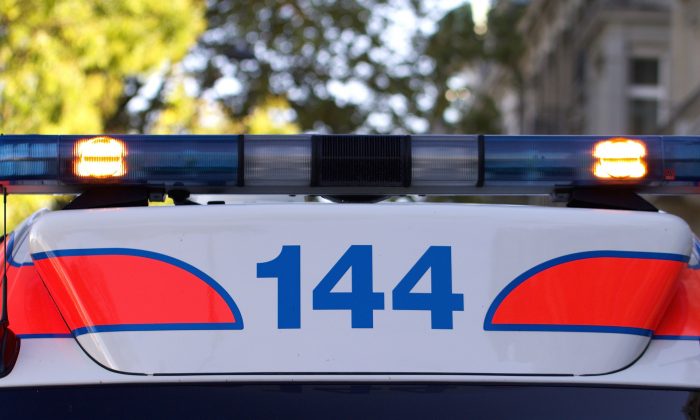 Man Dies After Driving Around Barricade and Onto Live Electrical Wires

A New Jersey man was killed when his vehicle burst into flames after he drove around a highway barricade and onto live wires.

Emergency responders found the vehicle engulfed in flames, with a live power line lying beside it on the roadway.

Man dies after driving around barricade and onto live wires https://t.co/dnj31t0BzJ pic.twitter.com/4p3KIP4LDT

“It appears the driver drove around the cones that we put to block the roadway because the wire was down,” Capt. John Bakelaar said, according to a report by NorthJersey.com.

Bakelaar told the news outlet no officers were stationed near the downed live wire.

“We don’t have the resources to put an officer at each hazard,” Bakelaar told NorthJersey.com. “Live wires are dangerous and that’s why there were different layers of roadblocks for that particular area.”

The driver was pronounced dead at the scene. It is reported that he has been identified as 40-year-old Anthony Gonzalez of Wanaque, New Jersey. The victim is said to be survived by a wife and three children.

A teacher of Gonzalez’s children, Jackie Milnes of Fair Lawn, has started a GoFundMe for the family.

“This family suffered an unimaginable loss on Thursday morning when they learned that their dad and husband lost his life in an accident involving down power lines due to Wednesdays storm,” she wrote.

“This very loving family is very active in their church, community, and are always there to support others. Now they need the support. Please consider sharing and or donating to help lighten the financial load and help the family move forward as they grief their loss.”

Meanwhile, an investigation into the incident continues.