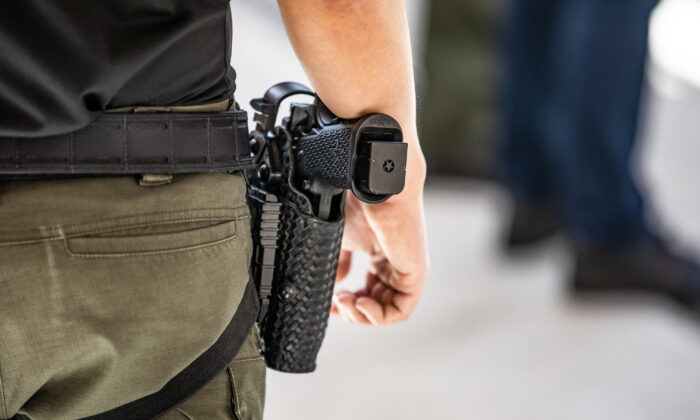 Man Dies After Being Shot by Deputies Near Lancaster

LANCASTER, Calif.—An investigation was continuing Sept. 24 into the fatal shooting of a man by sheriff’s deputies following a pursuit in the Lancaster area that ended with the suspect allegedly pointing a weapon at deputies.

Deputies were called at approximately 4:10 p.m. Thursday to Deputy Pierre W. Bain Park at 45045 Fifth Street East, where a man was brandishing a firearm in the park and pointing it at passing vehicles and park visitors, said Deputy Morgan Arteaga of the Sheriff’s Information Bureau.

A sheriff’s department helicopter crew spotted the suspect, who got into a white vehicle and drove off, Arteaga said. The suspect drove westbound on Avenue B into a dirt parking lot at West Avenue B and Sierra Highway, where deputies, using an armored rescue vehicle, approached the suspect’s vehicle.

Authorities said the suspect pointed a firearm at the sheriff’s helicopter and at approaching deputies, prompting them to open fire.

The suspect was struck by gunfire and was taken to a hospital, where he was pronounced dead.

No deputies or civilians were injured, and a handgun deputies say belonged to the suspect was recovered at the scene, sheriff’s officials said.