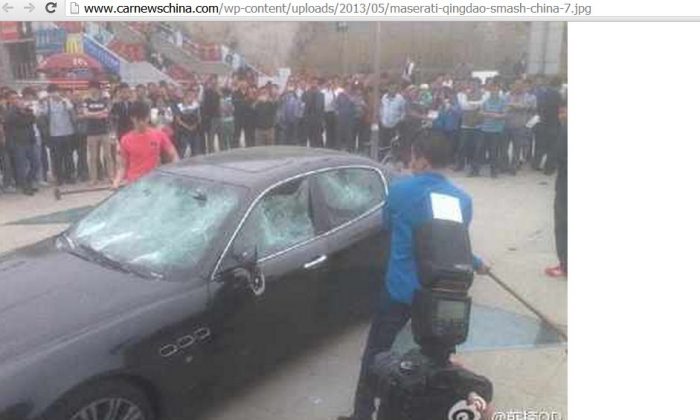 A screenshot of Car News China shows a photo of the Maserati in question.
Autos

A Chinese man publicly destroyed his $423,000 Maserati due to bad repair service.

The owner of the vehicle hired a few men to smash up the vehicle with sledgehammers on Tuesday, according to Car News China and several news agencies.

The car was smashed in front of onlookers at the Qingdao International Auto Show.

The owner said Maserati China, the Maserati dealer, and the insurance company were all guilty of fraud.

China Car Times reported that the owner took the Maserati back to the dealership to fix a problem and without his approval, the dealership used second-hand parts to correct it.