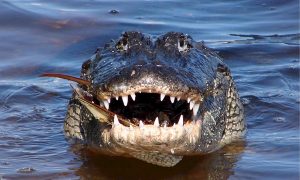 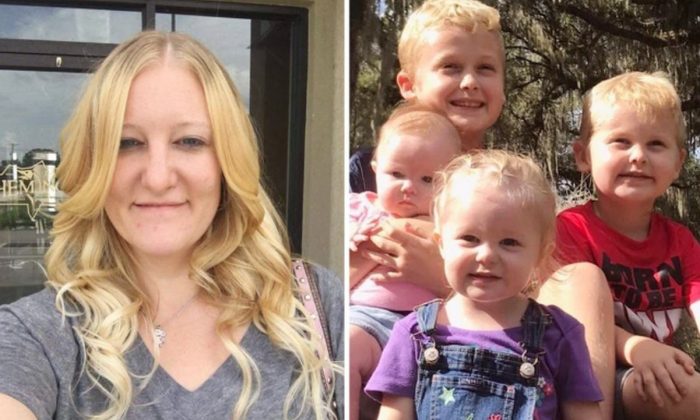 Levi Strickland said he was picking berries in Brantley County, Georgia when he heard an explosion before finding a crashed van.

Officials said the smell was the body of Casei Jones, a missing 32-year-old mother of four who was reported missing.

Jones’ husband, Michael Wayne Jones Jr., was identified as the suspect in their deaths. He was also driving the van, according to the news outlet.

“Unfortunately, true evil has poked its head up here in Marion County,” Marion County Sheriff Billy Woods told reporters, according to reports. “That’s about the only way to describe it.”

Officials suspect that Michael Jones killed his wife and four children before keeping their bodies in the residence and family’s van for several weeks before he took them to Georgia, the sheriff’s office said.

Woods confirmed in the press conference that officials later found the bodies of Cameron Bowers, 10, Preston Bowers, 5, Mercalli Jones, 2, and Aiyana Jones, 1, according to People magazine.

“As far as I am concerned, as the sheriff of this county, underneath the jail, ain’t good enough,” Woods added. “As a father, as a parent, it breaks my heart. As a sheriff, it angers me to no end, something to this degree, how a human being can ever do this.”

Casei’s family became worried after they didn’t hear from her for several weeks before reporting her missing, officials said.

“I’ve never ever been so scared,” Nikki Jones, her mother, was quoted as saying by People magazine. “They don’t know where she’s at. They went to the house, and she’s gone. The house is empty.”

Before she was found dead, Nikki Jones described her daughter.

“Casei’s my baby. She was my last one. I don’t want nothing to happen to her,” she said.

“Just like my kids—I don’t know what I would do without any of them,” she added. “I want them home. I want them home safe. And if anybody knows anything please, please. I’m begging mothers all over the world if you see my daughter and my grandkids to please be a mother and call the police.”