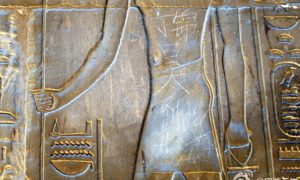 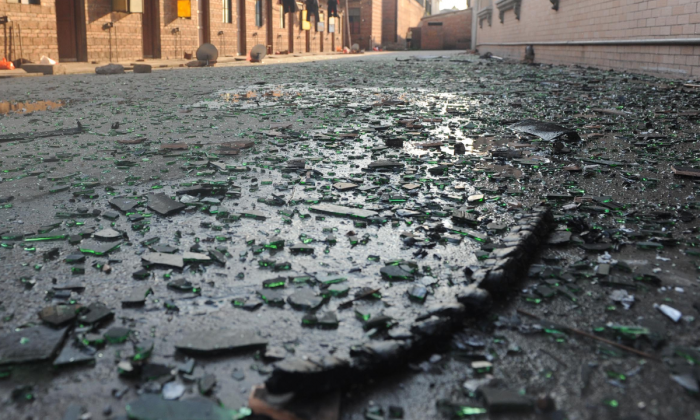 A man fell through what may have been an improperly hung glass door of a new government building in Sichuan Province, China on March 1. He interrupted the opening ceremony for the new building, creating an embarrassing moment for himself and the speakers.

The video shows the opening ceremony for a new government building for the Chinese Communist Party (CCP). Four people are making announcements at the front door.

Suddenly, from the inside of the building, a man runs towards the glass door. He presses against the glass as if to open it, but the door tips over and they fall together on the stone step below.

The glass shatters, surprising the two women up front. Another man quickly comes to his aid, but he stands on his own.

No references to the video could be found on Weibo, China’s version of Twitter, as it involves an embarrassing moment involving the Communist Party.

One Chinese netizen who had a chance to leave comments on the video commented: “If the material is so poor, how can they be open for business?”

Any embarrassing moments in China that involve government officials are often quickly censored.

At the 120th anniversary celebration for China’s top university, the university president made basic errors in reading Chinese characters. He blamed his lack of education on the cultural revolution. One netizen commented that he was making mistakes on middle-school level words.

All original references to the video were deleted, and only edited versions without mistakes were later broadcast by state media.

Even the media itself will make embarrassing errors. When China was boasting about its newest jet-fighter in 2011, it used footage from a Hollywood movie, according to the Wall Street Journal.

The video directly lifted footage from the 1986 box office hit Top Gun. It claimed the new Chinese fighter jet shot down another jet with a missile. In reality, it just stole Hollywood footage.