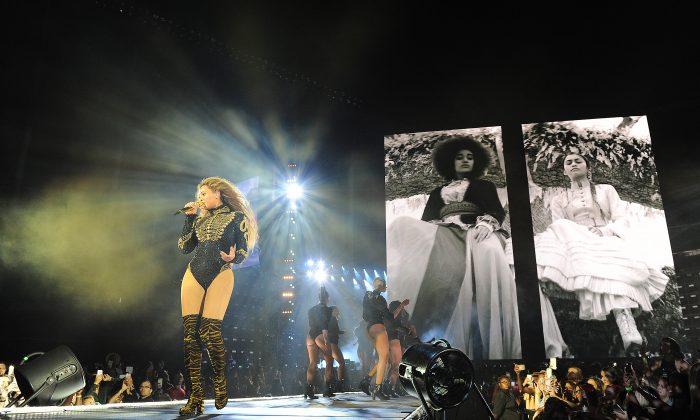 Beyonce performs during the opening night of the Formation World Tour at Marlins Park on April 27, 2016 in Miami, Florida. (Photo by Frank Micelotta/Parkwood Entertainment via Getty Images)
Entertainment

Beyoncé was in Raleigh, North Carolina, on May 4 for her Formation World Tour—and although majority of her fans were excited by her performance, one man in the audience was reading a book.

He watched the pop singer’s performance briefly in the beginning, and then sat down on his fold-out chair to read a book.

“I always have a book with me,” George Papageorgiou, 66, told ABC News today.

Papageorgiou, a native of Greece, was managing one of the concession stands at Carter-Finley Stadium with his wife, Helen, for their church, First United Methodist Church of Cary, North Carolina, the station reported.

Part of their earnings from concession sales is set to go to a charity of the church’s choice.

Moreover, while fans would have spent $100 to over $1,000 for tickets, the couple had the opportunity to see it for free.

When your wife makes you go to a @Beyonce concert with her@FormationWT #raleigh pic.twitter.com/watALdPu4l

“I’m a fan of Beyoncé,” Papageorgiou said. “I like her CDs and she’s a very attractive young lady, but in a big event like that, the acoustics are not that great.”

Papageorgiou said on Wednesday, the night of the concert, he was reading a book called, “Danube Pilot” by Jules Verne. It was a gift his parents bought him 53 years ago in Cairo, where he grew up, he told ABC News.

He has read the book about seven or eight times.

“Now if Elvis was alive that’s the concert I would watch,” Papageorgiou said.

Papageorgiou also likes listening to music from the ’50s, ’60s, and ’70s, as well as Greek music, according to ABC News.