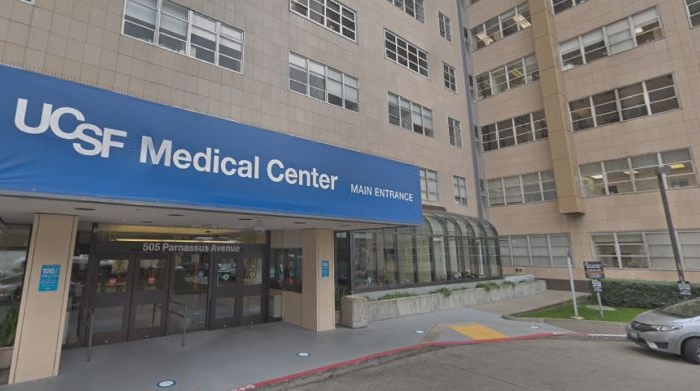 The New England Journal of Medicine tweeted several disturbing-yet-visually striking photos, showing a single-piece “cast” made of a blood clot that matched the man’s bronchial tree, which transports air to and from the lungs. (Google Street View)
Americas

“I just coughed up a lung” is a term that’s not supposed to be taken literally. But for one 36-year-old California man, it was.

The New England Journal of Medicine tweeted several disturbing, yet visually striking photos, showing a single-piece “cast” made of a blood clot that matched the man’s bronchial tree, which transports air to and from the lungs.

The unidentified patient was receiving treatment at the University of California San Francisco (UCSF) Medical Center and was fitted with a pacemaker. The journal said that over the span of a week, the patient was coughing blood and phlegm before coughing up a six-inch wide cast of the tree.

A 36-year-old man was admitted to the ICU with an acute exacerbation of chronic #heartfailure. After a ventricular assist device was placed & anticoagulation therapy initiated, hemoptysis developed, and he expectorated a cast of the right bronchial tree. https://t.co/QfqeqwWzXt pic.twitter.com/nXW201rjCT

The man died a week later, according to the journal.

“His medical history included heart failure with an ejection fraction of 20 percent, bioprosthetic aortic-valve replacement for bicuspid aortic stenosis, endovascular stenting of an aortic aneurysm, and placement of a permanent pacemaker for complete heart block,” it said. “An Impella ventricular assist device was placed for management of acute heart failure, and a continuous heparin infusion was initiated for systemic anticoagulation.”

Following the incident, a tube was placed in the patient’s throat to allow him to breathe.

Georg Wieselthaler, a transplant and pulmonary surgeon with the University of California at San Francisco, explained to The Atlantic: “You have high turbulence inside the pumps, and that can cause clots to form inside. So with all these patients, you have to give them anticoagulants to make the blood thinner and prevent clots from forming.”

Wieselthaler said the patient coughed deeply and spat out a large, odd-shaped clot that was folded. Wieselthaler and his team unfurled the clot and discovered the bronchial tree.

“We were astonished,” Wieselthaler said. “It’s a curiosity you can’t imagine—I mean, this is very, very, very rare.”

In 1926, a case study said a 34-year-old woman apparently coughed up “a large piece of membrane” and it was “a cast of the trachea, both bronchi, and several bronchioles.” In 2005, a pregnant woman coughed up a smaller cast of a bronchial tree. She survived the ordeal and was able to deliver her child.

Gavitt Woodard, a clinical fellow in UCSF’s thoracic-surgery department, attempted to explain why it happened. “Because it was so large, he was able to generate enough force from an entire right side of his thorax to push this up and out,” Woodard said.

“Bronchi are the main passageway into the lungs. When someone takes a breath through their nose or mouth, the air travels into the larynx. The next step is through the trachea, which carries the air to the left and right bronchus. The bronchi become smaller the closer they get to the lung tissue and are then considered bronchioles. These passageways then evolve into tiny air sacs called alveoli, which is the site of oxygen and carbon dioxide exchange in the respiratory system,” says Healthline.