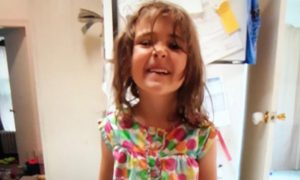 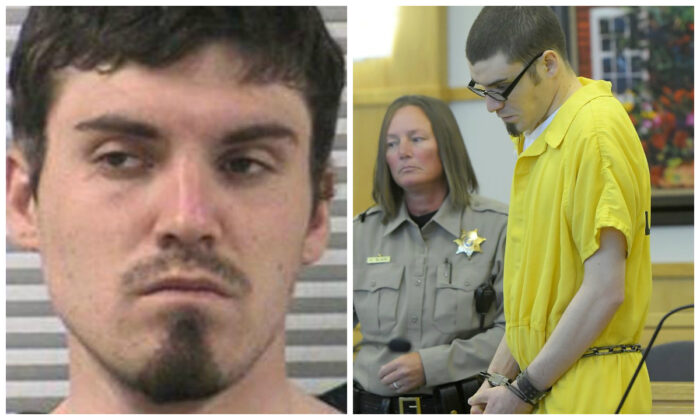 Alex Whipple in a file booking mugshot and during an appearance in court for his sentencing on Sept. 24, 2019. (Logan County Police Department; Eli Lucero/The Herald Journal via AP, Pool)
Crime and Incidents

A Utah man convicted of kidnapping his niece before sexually assaulting and killing her was sentenced to life in prison this week.

Elizabeth Shelley, 5, went missing over Memorial Day weekend. Her body was found on May 29.

Alex Whipple, her 21-year-old uncle, told police officers the location of the girl’s body and confessed to killing her. Logan Police Chief Gary Jensen said at a news conference that Whipple told officers where the girl was after he was promised prosecutors wouldn’t pursue the death penalty.

Whipple was sentenced to life in prison without the possibility of parole on Sept. 24.

District Judge Kevin Allen told Whipple at the sentencing that the crimes were so heinous that he felt he had to levy the maximum sentence.

“You will never see the light of day,” Allen said, reported the Salt Lake Tribune. “You will never breathe free air again. What you did was so abhorrent and vile that you must spend the rest of your life in prison.”

Elizabeth’s family lashed out at Whipple in court.

“You are filth,” the girl’s uncle, Zachary Black, said. “I hope you spend the rest of your life in a tiny box.”

Whipple pleaded guilty in August to murder, kidnapping, and sexual assault as part of an agreement that dismissed charges of obstruction of justice and desecration of a body.

Whipple’s attorney, Shannon Demler, said his client knew he committed a horrible act and was ready to accept his punishment. He said Whipple was raised in an “imperfect” family, was physically abused as a child and developed mental health and substance abuse issues while homeless.

Demler asked the judge for a sentence that would give Whipple the chance to get out someday if he was rehabilitated. He said Whipple has seemed like a polite, likable young man in their interactions since the crime.

“Deep inside he has some good,” Demler said. “I know people in this room may not believe that.”

Lizzy’s mother, Jessica Black, didn’t come to court because she said she couldn’t bear being in the same room as her brother, but she spoke to reporters afterward and released butterflies to remember her daughter.

She called it a difficult day and said it’s been “dark months” since her daughter was killed but thanked the community for their support.

“I would give anything to be reunited with her, to hug her and hold her one more time,” she said, crying. “Our lives will never be the same. We will never forget our sweet girl and the happiness and sunshine she brought us.”