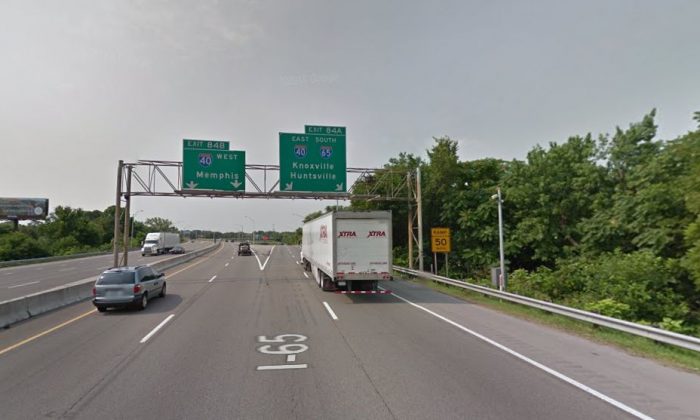 NASHVILLE, Tenn.  — Police and witnesses say a man climbed atop a road sign along a major highway and stayed there for two hours, moving from side to side and dangling his feet as drivers below faced a long delay.

UPDATE: I-65 in #Nashville reopens after police talk man down from sign: https://t.co/pzfagFQ7OL pic.twitter.com/Ta5SZhsdhS

Police say in a statement that negotiator Cedric Connolly eventually persuaded Waters to come down from the sign.

Local media outlets report that the road closure, which lasted through much of rush hour, caused major traffic delays in the downtown area.

Police say that along with charges, Walters will undergo a mental health evaluation.