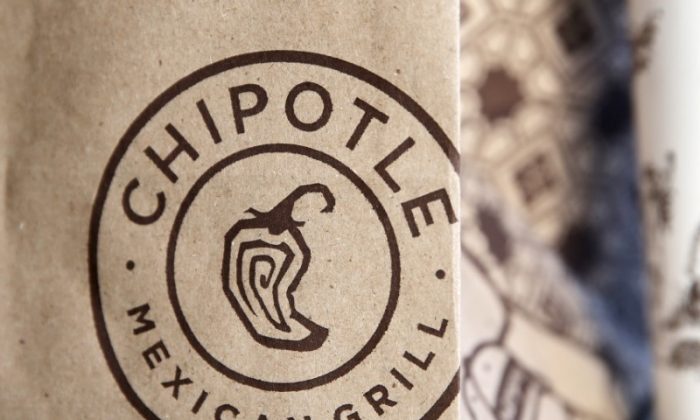 A logo of Chipotle Mexican Grill is seen on one of their bags in Manhattan, New York Nov. 23, 2015. (REUTERS/Andrew Kelly)
Trending

A Washington man claims to have eaten Chipotle for 315 days, and he plans on finishing out the year eating food from the chain.

“I want to show people that they can be fit while still enjoying the food they love,” Devin Cunningham wrote on Facebook. “When you enjoy what you eat on your ‘diet,’ and you do it in moderation, it is that much easier to achieve your fitness goals.”

Cunningham says that he switches up what he eats at Chipotle often, so that he doesn’t get sick of eating the same thing over and over again. He also said he didn’t get sick during the chain’s E. coli scare, which caused a steep sales decline for the firm.

“This depends on what I am trying to do,” he explained on how he eats. “Bulk up? Anything and everything. Double meat, guac (yes I know it is extra), rice, beans, all the salsas. All of the calories I can fit into my stomach, I need. Cutting down? I’ll stick to a chicken or steak bowl, 4oz white rice or 4oz of black beans, fajita vegetables, pico, corn, and lettuce and sometimes cheese.”

Last year, during Chipotle’s E. coli scare, and when the chain closed restaurants in Oregon and Washington, prompting Cunningham to go to Canada to get burritos, Q13 Fox reported. He got seven burritos and froze them, and he made another trip after running out.

“On the drive back, my window broke at the border and it was pouring down rain, so I drove from the border to Bellevue with my window down,” he explained to Q13 Fox in demonstrating his love for the food.

Cunningham said he eats Chipotle every day to prove a point that people can reach their fitness goals while eating what they want.

“A lot of people try fad/crash diets like a no/low carbs diets that does not work and then get discouraged very quickly. I want to show people that they can be fit while still enjoying the food they love. When you enjoy what you eat on your ‘diet,’ and you do it in moderation, it is that much easier to achieve your fitness goals,” he told Q13.