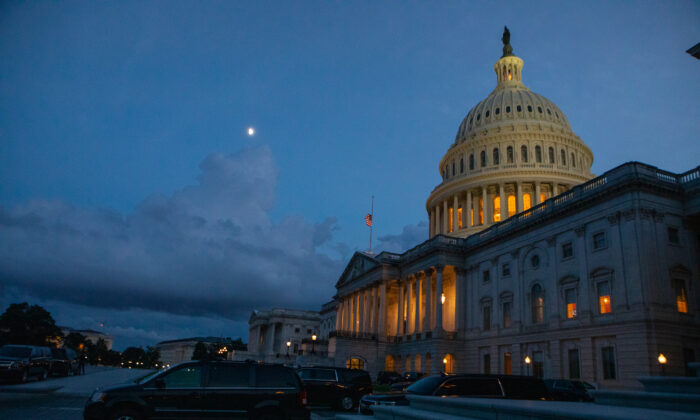 The U.S. Capitol building in Washington on the evening of Aug. 6, 2022. (Anna Rose Layden/Getty Images)
Crime and Incidents

Man Charged With Threatening to Kill Member of Congress

BALTIMORE—A Maryland man has been charged with making an online threat to kill a member of Congress from Texas, according to a court filing unsealed Wednesday.

Justin Kuchta, 39, of Annapolis, is charged with one count of interstate communication containing a threat to injure, a felony punishable by a maximum of five years in prison.

Kuchta was expected to make his initial court appearance Wednesday in Baltimore after surrendering to authorities earlier in the day.

“You have the right to your own opinions, but not the right to threaten a federal official’s life,” U.S. Attorney Erek Barron said in a statement.

A court filing does not name the member of Congress whom Kuchta is accused of threatening in a message that said the lawmaker “will be the first on the gallows.” A staff member from the member’s district office in Texas reported the threat to police in July.

The Internet Protocol address used to send the message was registered to a private, high-speed network operated by the state of Maryland, according to a U.S. Capitol Police special agent’s affidavit. When agents interviewed Kuchta at his Annapolis workplace, he admitted to sending the threatening message while he was working from home on his government-issued computer, the affidavit says.

The court filing does not identify Kuchta’s government employer.

David Fischer, an attorney for Kuchta, declined to comment.