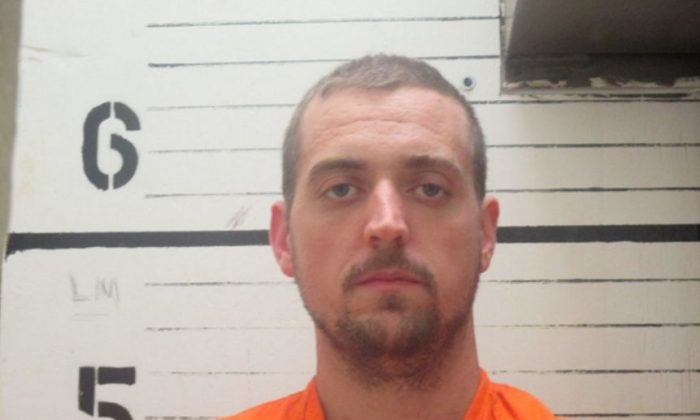 Authorities in Muskogee County, Oklahoma, are searching for a murder suspect who escaped from the county jail.

They say 24-year-old Paul Newberry escaped with another inmate from the Muskogee County jail late Sunday. The officials say the pair made it onto the jail’s roof after breaking a window before jumping off and running away.

The second inmate, 36-year-old Raymond Noriega, was captured in Muskogee right after the escape.

Newberry was arrested in the killing of 88-year-old rancher Charley Kirk during an attempted break-in, reported News on 6 in Oklahoma.

He has been charged with first-degree murder with deliberate intent along with robbery and burglary.

Following his arrest in July, Newberry allegedly told investigators the shooting “had to be done,” adding that he took members of a drug cartel to the Kirk’ssresidence to steal cattle to pay the cartel for drugs that Newberry had lost, an affidavit states, according to Tulsa World.

Newberry also said one of the cartel members attempted to set a fire inside the house as they were leaving.
Officials say Newberry was last seen wearing a dark-colored, long-sleeve sweatshirt and gray shorts. The Muskogee County Sheriff’s Office said he remained at large as of Monday morning, reported Tulsa World.

The two men were able to break through bulletproof glass on a window and remove a metal bar to get out. The Muskogee County Sheriff’s Department said it will cost around $5,000 to repair.