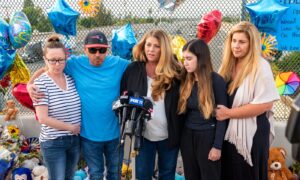 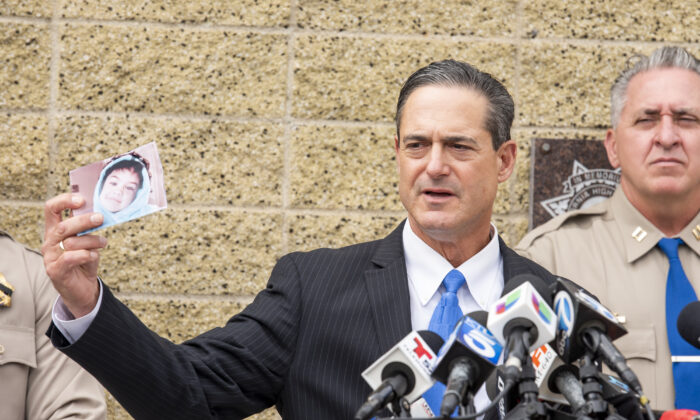 Man Charged With Murder of Boy in Road-Rage Shooting

Prosecutors in Orange County, California, charged Marcus Anthony Eriz, 24, with murder in the death of Aiden Leos, shooting at an occupied vehicle and with sentencing enhancements. Eriz’s girlfriend, Wynne Lee, was charged with being an accessory after the fact and illegally carrying a concealed firearm.

Authorities said they believe Lee was driving the car and that Eriz fired the shot that killed Leos while his mother was driving the boy to kindergarten on May 21 in Orange County, southeast of Los Angeles.

“With respect to the charges against both, I absolutely am convinced they’re rock solid,” Orange County District Attorney Todd Spitzer told reporters.

The couple was expected to appear in court Tuesday afternoon. It was not immediately clear whether they had attorneys who could speak on their behalf.

The case drew widespread outrage in the county of 3 million people. At least $500,000 in rewards had been offered from around the country for information leading to an arrest and authorities said they received hundreds of tips before the couple was arrested Sunday in the city of Costa Mesa.

According to accounts from Leos’s mother and witnesses who stopped to help her after the shooting, another car cut her off and she responded with a hand gesture and the car slipped in behind her and someone inside fired a shot through the rear of her car.

Local elected officials on Tuesday thanked community members for raising the reward money and calling in tips to help solve the case.

“In a civilized community, we should be able to drive our kid to school and not worry that they’re going to be shot in the back,” said Orange County Supervisor Katrina Foley.

Authorities said the car, described as a white Volkswagen Golf SportWagen, was relatively rare and that helped investigators who examined surveillance footage. It was found at Eriz’s grandmother’s house in Whittier, but she is not implicated in the crime, the Orange County Register reported.

The gun was discovered at Eriz’s workplace in San Bernardino County, officials said.