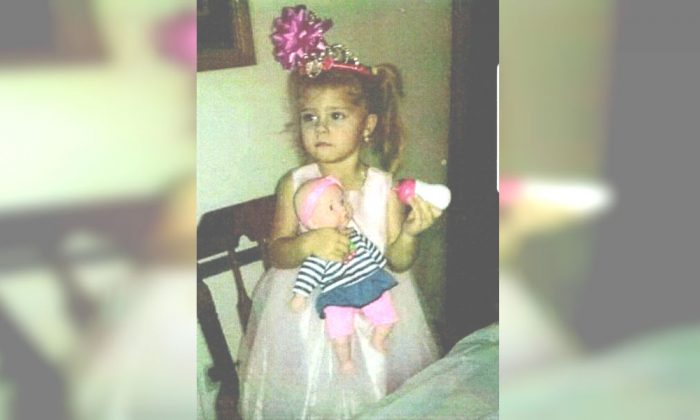 A district attorney (DA) in North Carolina announced on Feb. 15 that it intends to seek the death penalty against the man allegedly responsible for Mariah Woods’ death.

North Carolina’s Fourth Prosecutorial DA Ernie Lee told Jacksonville Daily News that he is planning to declare the first-degree murder case of the 3-year-old girl as capital, and will seek the death penalty against Kimrey due to the “existence of at least one aggravating circumstances beyond a reasonable doubt.”

Under state law, North Carolina has a list of 11 aggravating circumstances for which DAs can apply to be considered for a case to seek the death penalty.

A court hearing to determine whether there is enough evidence to support one or more aggravating circumstance, known as a Rule 24 hearing, has been scheduled for Feb. 26 in Onslow County Superior Court. Arguments will be heard from both Lee and Kimrey’s attorneys to determine whether a death penalty should be pursued, reported the news website.

Kimrey was charged with first-degree murder and felony child abuse resulting in serious bodily injury/death after Mariah’s cause of death was released on Jan. 24. He was initially charged on Dec. 2, 2017, with concealing a death and obstruction of justice, among other charges.

Mariah was first reported missing from her home in Jacksonville, North Carolina, on the morning of Nov. 27, 2017, after which an amber alert was issued, garnering national attention. She was found dead at Holly Shelter Creek bridge in Pender County about 25 miles from her home where a dive team recovered her body on Dec. 2, 2017, police said in a statement.

Mariah and her brother were put to bed by her mother, Kristy Woods, on the evening prior to the toddler’s disappearance, the sheriff’s office said. The following morning, the mother was unable to find the 3-year-old girl.

Kimrey told police that after Kristy was asleep, Mariah had gotten up but was sent back to bed. He further explained that he had left the home for a short period of time and left the door unlocked, police said.

According to Jacksonville Daily News, the last capital trial in Onslow County resulting in a death sentence was back in October 2001 when Clifford Ray Miller was found guilty of murder.