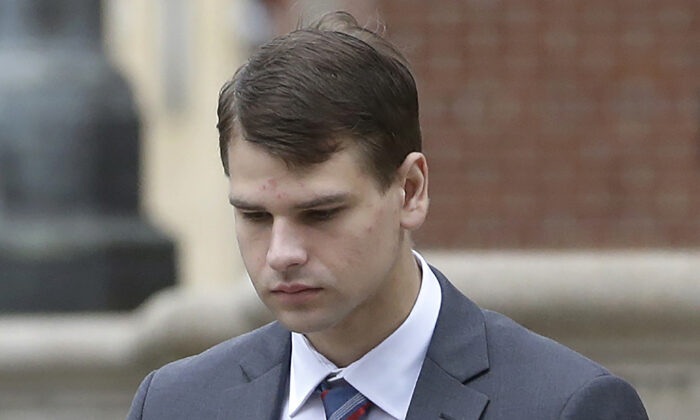 Man Charged With Killing Mother at Sea to Remain Detained

BURLINGTON, Vt.—The man charged with killing his mother at sea during a 2016 fishing trip off the coast of New England in a plot to inherit millions of dollars will remain detained pending trial, a federal judge in Vermont ruled Tuesday.

U.S. District Court Judge Geoffrey Crawford denied Nathan Carman’s request to be released and ordered him held without bail, saying he is a potential flight risk and danger due to the seriousness of the charges, lack of strong family, employment, or community connections “and his involvement with firearms and the ongoing feud with his family” over his late grandfather’s inheritance.

Crawford said the evidence regarding the loss of his mother at sea, and “the acrimonious dispute” with his aunts over the inheritance, as well as his purchase of AR-15 type weapons “are evidence that this is a volatile situation.”

Carman, 28, of Vernon, was charged in May with murder and fraud in the killing of his mother, Linda Carman of Middletown, Connecticut, during a fishing trip in which his boat sank. He was found floating in a raft and rescued eight days after departing from a Rhode Island marina. He pleaded not guilty in his mother’s death.

Prosecutors also have accused Carman of killing his grandfather, John Chakalos, who they say was shot in his home in Windsor, Connecticut, in 2013 as part of a scheme to obtain money and property from his grandfather’s estate. Carman has not been charged in that case and has denied any involvement in his grandfather’s death.