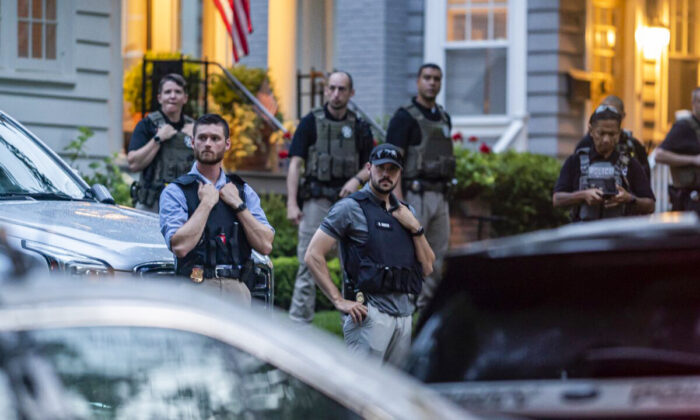 The California man accused of planning to kill a Supreme Court justice is asking the court through his lawyer to suppress his confessions and any other statements he made to law enforcement.

Nicholas John Roske, of Simi Valley, waived his rights to an attorney and to remain silent and confessed on June 8, shortly after he was arrested, to planning to kill Justice Brett Kavanaugh, according to court documents.

Roske allegedly confessed to two law enforcement officers—a Montgomery County, Maryland police detective and an FBI agent—in addition to sharing his intent to harm the justice with a 911 dispatcher.

But the confessions may have been obtained in violation of Roske’s right to a lawyer and his right against self-incrimination, public defender James Wyda said in the new filing.

“If, at such hearing, the government fails to establish that such statements were not obtained in violation of Mr. Roske’s privilege against self-incrimination, nor his right to counsel as guaranteed by the Fifth and Sixth Amendments to the United States Constitution, nor the Supreme Court’s holding in Miranda v. Arizona, 384 U.S. 436 (1966), and were not otherwise involuntary … such statements should be suppressed,” the lawyer wrote.

Prosecutors have not yet responded to the motion.

Roske, who has pleaded not guilty, was due to appear in court on Aug. 23 but Messitte recently removed the date, as well as a pretrial conference. He also extended deadlines to file various documents to Sept. 6.

Roske flew to Maryland in order to kill Kavanaugh, according to court documents and his comments to the 911 dispatcher.

After reaching Chevy Chase in the early hours of June 8, Roske had a taxi drop him off outside Kavanaugh’s home, which he said he knew the location of due to pictures that were published online.

Roske spotted two U.S. Marshals outside and walked down the street.

After texting with his sister, he called 911.

“And you said you came from California. Do you know someone down here?” the dispatcher asked. “Brett Kavanaugh. The Supreme Court justice,” Roske said.

“What were you coming to do? Just to hurt yourself and him, or what was going to happen?” the dispatcher asked. “Correct,” Roske said.

Police officers rushed to the scene and took Roske into custody without incident.

According to an FBI affidavit, Roske informed officers at a nearby station, after waiving his rights, that he was upset about a leaked draft Supreme Court decision that indicated the court meant to strike down Roe v. Wade, the abortion ruling. He also expressed support for gun control and said he feared Kavanaugh would rule against gun control laws.

“ROSKE stated that he began thinking about how to give his life a purpose and decided that he would kill the Supreme Court Justice after finding the Justice’s Montgomery County address on the Internet,” the document says.

Kavanaugh later joined the majority in striking down Roe and ruling against a strict gun law.