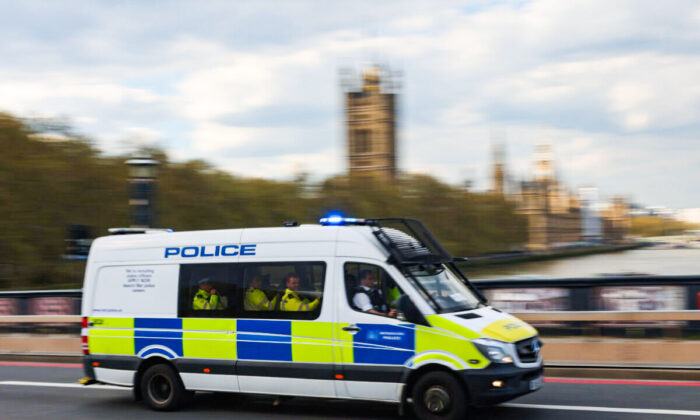 A man has been charged with attempted murder after two police officers were stabbed in central London.

Mohammed Rahman, 24, was charged with attempted murder in connection with an attack on a male officer who was knifed in the neck and chest in Leicester Square at 6 a.m. on Friday.

He was also charged with causing grievous bodily harm in connection with an attack on a female officer who was stabbed in the arm, the Metropolitan Police said in a statement on Saturday.

Relating to three other officers, Rahman was charged with assault and two counts of threatening a person in a public place with a bladed article.

He was also charged with robbery and possession of a bladed article.

Rahman will appear at Wimbledon Magistrates’ Court on Monday.

Earlier on Saturday, the Met said the female officer, who was stabbed in the arm, was discharged from hospital following surgery.

The male officer, who was stabbed in the neck, remains in hospital in stable condition.

“Their injuries are not assessed at this time as life-threatening,” the Met said.

The officers—both attached to the Met’s Central West Command Unit—were carrying out routine duties when they were stabbed at around 6 a.m. on Friday morning by a 24-year-old man.

They were on patrol in the area of Leicester Square and dealing with another incident when they were made aware of a man in possession of a knife, the Met said.

Met Commissioner Sir Mark Rowley previously said the female officer challenged the man, who stabbed her in the arm before attempting to flee.

The male officer caught the offender, who stabbed him three times in the neck and once in the chest.

The man also stabbed two of the additional officers who rushed to the scene. One received a minor hand injury while another sustained damage to his protective vest caused by the knife, the Met said.

A Taser was discharged and the man was arrested on suspicion of causing grievous bodily harm and assaulting an emergency services worker.

The Met does not consider the incident to be terror-related at this stage. The force is appealing to those who witnessed the incident or have video evidence to come forward.

He wrote on Twitter that he hoped the person responsible would feel the “full force of the law.”