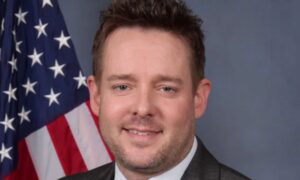 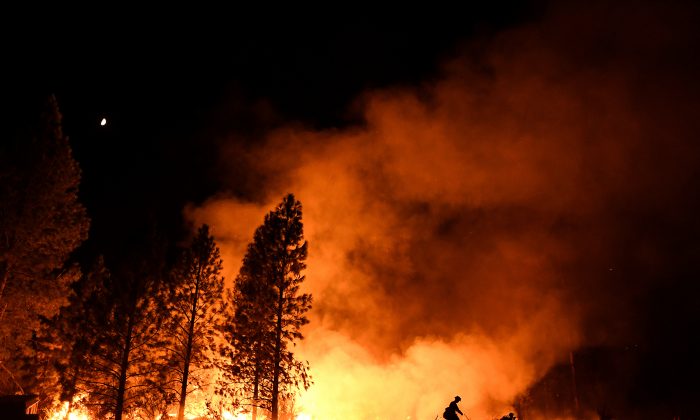 California prosecutors accused a man of starting a wildfire that has already forced the governor to declare a state of emergency.

California Gov. Jerry Brown on Friday, Sept. 1, issued an emergency declaration for a wildfire burning in the northern part of the state, the same day that John Ballenger was charged with arson and accused of starting the blaze.

The so-called Ponderosa Fire has burned 3,715 acres and destroyed 30 homes in Butte County, prompting authorities to issue evacuation orders to residents of some 500 homes in the area, officials said. It was 40 percent contained on Friday, up from 30 percent the day before.

Ballenger, the man accused of starting the blaze, was camping on property his family owns.

“He had a campfire burning 24-7,” Ramsey, the district attorney, said.

Ballenger is charged with two counts of arson and was ordered held on a $1 million bond, Ramsey said. Ballenger could face up to seven years and eight months in prison if convicted.

Ballenger was appointed a public defender and is due back in court to enter a plea on Wednesday. The public defender’s office could not be reached for comment.

The blaze is burning east of the town of Oroville, about 85 miles north of the state capital of Sacramento.

The state of emergency declaration will free up additional resources to battle the blaze, which erupted on Tuesday from a campfire that was started outside a designated area.

Meanwhile, another wildfire broke out on Friday, more than 400 miles south of the Ponderosa blaze, in a north Los Angeles neighborhood.

The 2,000-acre blaze triggered the closure of a section of the 210 Freeway as it tore through brush, and authorities also told residents of 200 homes in the area to evacuate because of the approaching flames, said Los Angeles Fire Department spokeswoman Margaret Stewart.

In Montana, Gov. Steve Bullock on Friday declared a state of disaster due to wildfires as dozens raged across tens of thousands of acres during one of the worst fire seasons in state history.

Bone-dry conditions, high winds, and triple-digit temperatures pose “an imminent threat” to residents, Bullock said in the disaster declaration, which would allow the state to mobilize additional Montana National Guard troops and tap other state resources to combat the blazes.