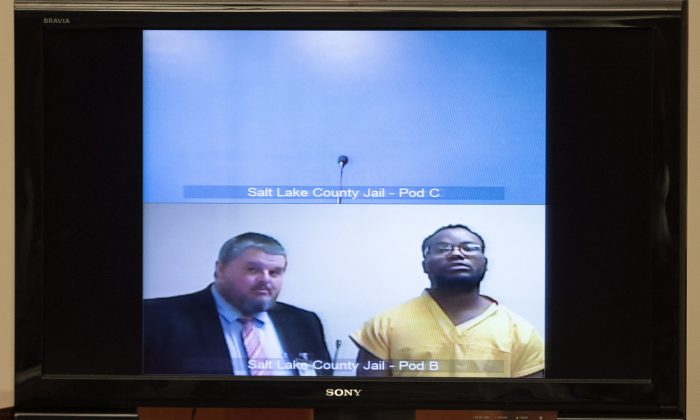 A tech worker charged in the death of a Utah college student made his first court appearance Monday, July 15, as friends of the slain woman held hands in the front row.

Ayoola A. Ajayi appeared by video from jail alongside a court-appointed attorney during a quick hearing on July 15 to set a future court date. He did not speak or enter a plea to murder, kidnapping and other charges.

Prosecutors say Ajayi killed 23-year-old Mackenzie Lueck, who died from blunt force trauma to the head. Police say her body was found with her arms bound behind her in a canyon 85 miles from Ajayi’s home.

They have not discussed the motive or how they knew each other.

Ajayi’s court-appointed attorney, Neal Hamilton, didn’t say anything during the hearing about the charges and the public defender’s office has said it will not be commenting on the case.

Lueck’s friends said afterward they are relieved that a suspect is behind bars. They said seeing Ajayi by video in court was shocking and left them angry and sad and took their breath away.

Ashely Fine said they don’t plan to say his name or give him any attention moving forward, but are following the legal process to make sure Lueck gets justice.

“We are all still in extreme shock. Even right now I feel like I could call her and text her and she would answer,” Fine said. “We didn’t get to say goodbye to our friend.”

They said they still have many questions, including why Lueck was chosen and if the killing was planned. They said they don’t know how they knew one another.

“What did she do to deserve this?” Kennedy Stoner asked.

Lueck disappeared shortly after she returned from a trip to her California hometown in June for the funeral of her grandmother and took a Lyft from the airport to a park. She exchanged text messages with Ajayi, 31, and met him there, apparently willingly, but her phone was turned off a minute after the last text and never turned back on, prosecutors have said.

Ajayi is an information technology worker who had stints with high-profile companies and was briefly in the Army National Guard.

He was investigated in a 2014 rape allegation and was arrested in a stolen iPad case at Utah State University in 2012. The arrest and the expiration of his student visa led to him being banned from the campus for about three years.

A native of Nigeria, Ajayi holds a green card that allows him to legally work and live in the U.S., prosecutors have said. He is scheduled for a July 29 court hearing.