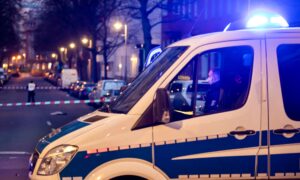 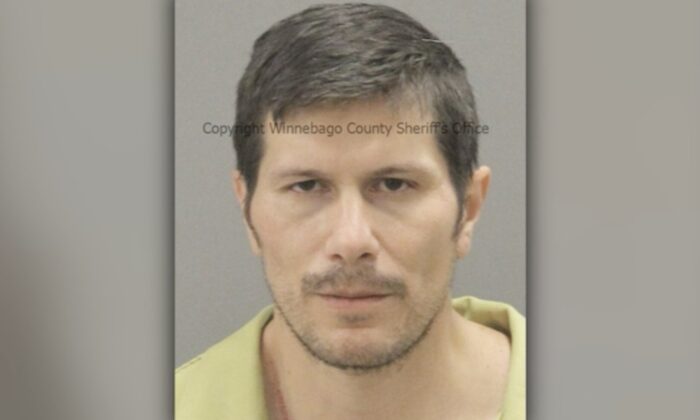 ROCKFORD, Ill.—A U.S. serviceman from Florida has been charged in a shooting at an Illinois bowling alley that left three people dead and three wounded, authorities said on Dec. 27.

Winnebago County State’s Attorney J. Hanley said Duke Webb, 37, has been charged with three counts of murder and three counts of first-degree attempted murder in the shooting at Don Carter Lanes, in Rockford, on the evening of Dec. 26. While no bowling is currently allowed due to state-imposed coronavirus restrictions, a bar linked to the business was open.

Webb was taken into custody shortly after the shooting at around 7 p.m., Rockford Police Chief Dan O’Shea said at a news conference Sunday morning.

“I am very confident the officers that were on the scene in the building were able to stop further violence,” O’Shea said.

Additionally, he said, a 14-year-old boy was shot in the face and airlifted to hospital in Madison in stable condition, and a 16-year-old girl who was shot in the shoulder was treated at a hospital and released. A 62-year-old man underwent surgery overnight after suffering multiple gunshot wounds and is in critical condition, the chief said.

The suspect has no known ties to the victims, O’Shea said.

“We believe this was a completely random act, and there is no prior meeting or any kind of relationship between the suspect and any of the victims in this case,” O’Shea said. He didn’t provide information on what led up to the shooting.

The bowling alley was closed at the time of the shooting, in accordance with restrictions imposed to prevent the spread of the coronavirus, O’Shea said. But a bar upstairs was open. The chief said the upstairs venue has double doors that open to the outside, ensuring the bar is in compliance with Illinois’ COVID-19 mitigation guidance.

Up to 25 people were at Don Carter Lanes when the shooting happened, but most escaped or hid, O’Shea said. He declined to say whether the shootings happened in the bar or elsewhere in the building, but said those details would come out in court. The teens who were wounded were picking up food at the carryout section of the bowling alley, he said.

He said the suspect tried to conceal his weapons before his arrest, and that he was apprehended without officers firing a shot.

“Most of the incident was captured on surveillance video from inside the business,” O’Shea said, adding that investigators are studying captured images.

Webb is an active military man, and investigators are in touch with the U.S. Army, O’Shea said.

The Rockford Register Star reported that 2020 has been the deadliest year on record for homicides in the city of about 170,000 residents located about 80 miles northwest of Chicago. Thirty-five people have been killed in the city this year, breaking the previous record of 31 in 1996.

“As we come to the end of this most difficult year and we look ahead at this New Year upon us, we know that this type of violence needs to stop,” Mayor Tom McNamara said. “And today, with the eyes of the country upon us, we need to show as Rockfordians how we respond to an incident such as this, as one Rockford, supporting one another.”