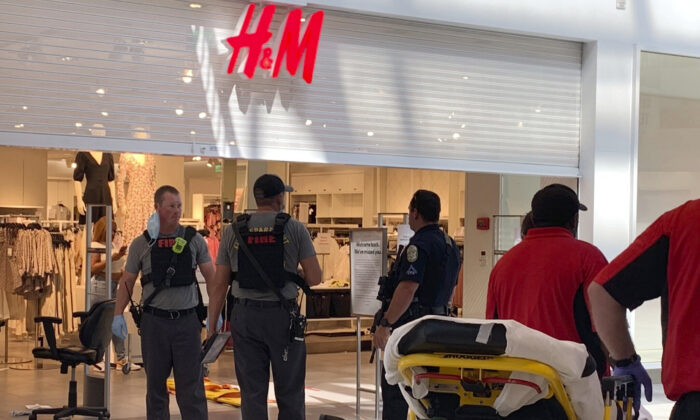 HOOVER, Ala.—A man has been arrested on a murder charge in connection with a recent shooting at an Alabama shopping mall that left an 8-year-old boy dead and three other people injured, authorities said July 5.

Hoover police announced the arrest of Montez Coleman, 22, in connection with the July 3 shooting at the Riverchase Galleria Mall. The boy was identified by police as Royta Giles Jr., a rising third-grader at a local elementary school.

Coleman, who had been sought on a capital murder warrant, also is charged with three counts of second-degree assault in the wounding of a man, woman, and girl—all innocent bystanders, Hoover Police Chief Nick Derzis said. They were each treated for gunshot wounds and subsequently released from medical care.

“Our community is heartbroken,” Derzis said at a news conference, AL.com reported. “The officers who were on the scene will forever bear the image of an innocent child who died in their arms.”

Hoover is a suburban community about 10 miles south of Birmingham, Alabama’s biggest city.

Derzis told reporters the Jefferson County District Attorney’s Office issued a capital murder warrant against Coleman on July 4 and that he was taken into custody without incident.

It wasn’t immediately known if Coleman had an attorney who could comment on his behalf.

Officers who arrived at the mall immediately after the shooting were alerted to reports of someone with a firearm running through the parking deck of a nearby hotel, Derzis said, adding investigators later identified that person as Coleman.

He said an investigation determined Coleman had gotten into an argument with a group of other males near the mall food court on the first floor and fired a handgun that had been concealed in a backpack. Derzis said several of the others had handguns and immediately returned fire.

At least three people fired guns, according to police, adding that multiple shots were fired in seconds and that the boy was shot in the head. Police haven’t said publicly who fired the shots that struck the boy and the other victims. The mall was evacuated afterward.

Derzis said investigators are seeking to identify the others involved in the shooting and asked for the help of the public as they released surveillance video at the news conference.