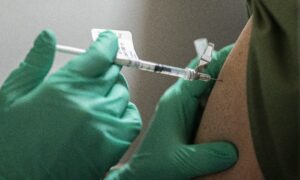 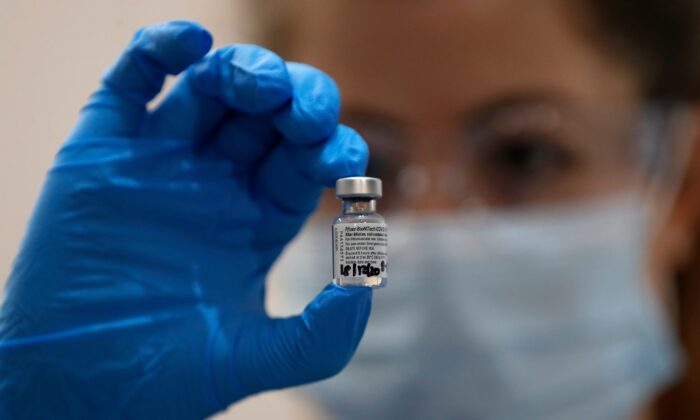 Police in London say they have charged a 33-year-old man over allegedly administering a fake COVID-19 vaccine to an elderly British woman.

David Chambers, of London, is accused of allegedly tricking the 92-year-old woman into paying £160 for the fake vaccine.

The City of London police said in a statement on Jan. 15 that Chambers had been charged with two counts of fraud by false representation and one count of common assault.

He was also charged with two counts of breaching laws enacted to stem the spread of the CCP (Chinese Communist Party) virus, also known as the novel coronavirus.

Chambers is remanded in custody and will appear in court on Feb. 12.

In the UK, vaccines are provided for free by the NHS, with the government deciding on the priority groups of the rollout. The elderly have been in the first priority group.

Various police forces have warned the public to be aware of vaccine scams—although the numbers are currently low.

The national reporting centre for fraud, Action Fraud, said it had received 57 reports relating to vaccine scams by Jan. 7.

“Thankfully, the number of reports into Action Fraud are relatively low but we have seen an increase in the last two months, particularly around scam text messages,” Pauline Smith, head of Action Fraud, said in a statement.

“Remember, the vaccine is only available on the NHS and is free of charge. The NHS will never ask you for details about your bank account or to pay for the vaccine. If you receive an email, text message or phone call purporting to be from the NHS and you are asked to provide financial details, this is a scam.”

According to Action Fraud, some scams have sent out text messages claiming to be from the NHS, offering them the opportunity to sign up for the vaccine.

The text includes a link to an online form that looks very similar to the NHS website, asking for personal and financial details.

“Some people are receiving fraudulent calls and text messages offering the COVID-19 vaccination,” said the warning. “In some cases, people are asked to press a number on their keypad or to send a text message to confirm they wish to receive the vaccine. Doing so is likely to result in a charge being applied to their phone bill.”