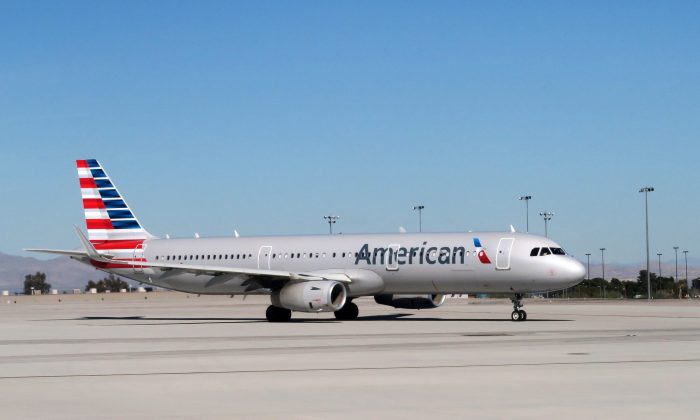 A man tried to open the emergency door of an American Airlines flight that was in descent from Los Angeles to Minneapolis-St. Paul Airport.

Passengers on the plane jumped into action and subdued him while he was reaching for the door. “It was a crazy experience. I just hear shouting, ‘I’m about to punch him,'” said flight passenger Salman Elmi to CBS Minnesota.

The man was subdued and the flight continued. It wasn’t totally clear what was happening during the scuffle. The pilot eventually alerted people to the situation.

“There was a lot of yelling and screaming. I thought perhaps two of the passengers had gotten into maybe a fist fight,” said frequent flyer Richard Munassi to CBS.

“I think American Airlines did a great job, especially the pilot of the plane kind of keeping everything in order and keeping everyone calm,” Munassi told CBS.

Once the man was subdued, the plane headed for a quick descent. “We came in hot, probably the hottest landing I’ve ever been on and I fly all the time,” said Munassi to CBS. “Everyone was dead quiet on the flight. You could cut the tension with a knife.”

Once the plane landed, police arrived and took the man off the plane and into custody. Because the incident occurred mid-flight, the case will be investigated by the FBI.

A Travel and Leisure article talked about how it is physically impossible to open an airplane’s emergency exit while the plane is in flight. “When at cruising altitude, the pressure difference between the outside of the plane and the inside of the plane, which is pressurized, creates a situation where the door cannot open,” said travel blogger Jason Rabinowitz to Travel and Leisure.

The 8 pounds of pressure on every square inch of a plane’s interior prevents a person with anything less than a hydraulic jack to pry open a door mid-flight. The cabin is pressurized. Even in the unlikely situation that someone opens the door, it would create an explosive decompression, something that happened in 1988, where a plane roof ripped off and a flight attendant was sucked upward out of the plane, Travel and Leisure wrote. Still, that situation wasn’t the result of an emergency door being opened.